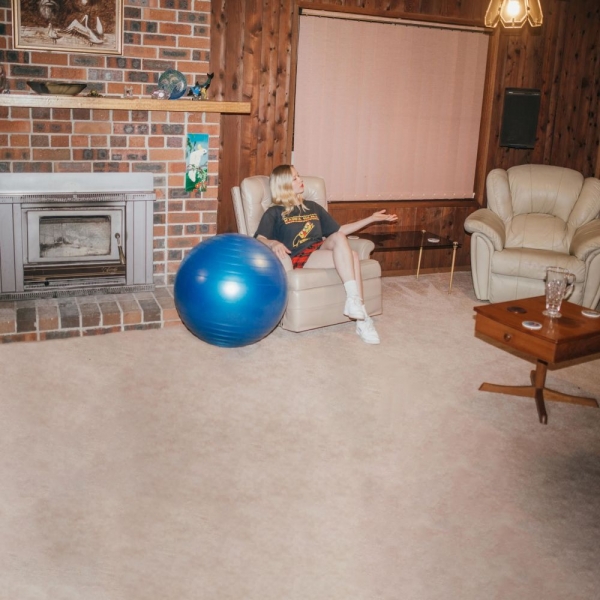 On the face of it, Julia Jacklin is an oxymoron.

For an artist hailing from the Australian suburbs, you might not expect her sound to be so imbued with the spirit of the American south, but Jacklin’s debut Don’t Let The Kids Win is exactly that. It’s an album that owns much more to Dolly Parton than it does to Courtney Barnett.

But this doesn’t mean Jacklin is simply hedging her bets in the hope of harnessing a commodified state-side audience and riding the current wave of Antipodean musicians, commanded by the likes of Nadia Reid, breaking US soil.

Jacklin’s approach is not so much one of appropriation, it’s more a genuine instinct for musical direction, which shines through in her undeniable knack for delivering sardonic one-liners enveloped in soft, touching pastoral melodies. It’s that good ol’ ozzy wit busting through that classic southern American sentimentality. And it’s an intoxicating mix.

Just take opener “Pool Party”. The soft, 50s infused guitar line sounds like it could be soundtracking the high school dance at the end of Back to the Future, but Jacklin uses this to counter a weary tale of her boyfriend’s drug use. “My heart is heavy when you’re high / So for me, why won’t you try?”, she sings in a lilting tone as you feel the relationship sinking to unrecoverable depths.

“Coming of Age” is the barnstormer of the album as Jacklin hammers the overdrive and bashes out an angsty lament on the loss of youth, albeit from the perspective of her 25 years. The track pushes forward with a confidence and intensity that makes me wish there were a few more songs on this album that up the energy, rather than opting for a more tentative tone.

“Motherland” sees Jacklin embracing a homesick rhetoric, whereby she longs to return to “the land” and feel the dirt in her hands once more. It has the potential to come across as a bit of a hackneyed country music cash-in, until you realise Australia’s Blue Mountains, just by the area Jacklin grew up, are capable of holding just as much pastoral resonance as the Nashville plains.

On Don’t Let The Kids Win, Jacklin proves herself to be an unlikely alt-country heroine, delivering an impressive, if at times understated, album that shows she has enough wit and wisdom to fill up a canyon or two.