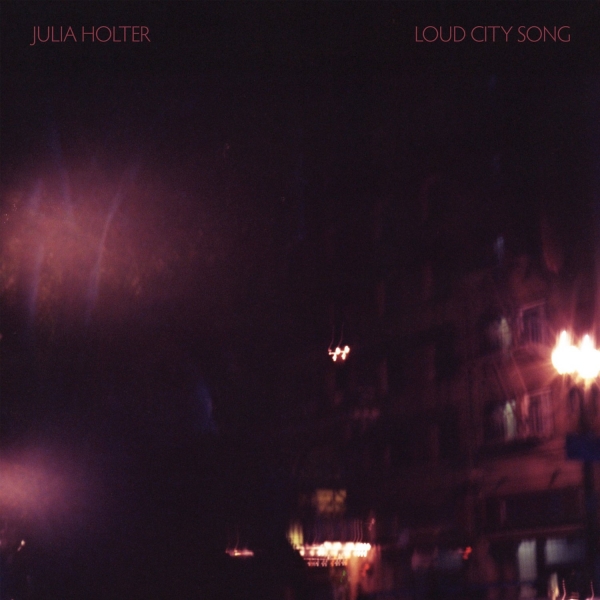 If ever there was a contemporary example of the parallels between music and art then Julia Holter would be an appropriate case in point. Of course, music is art – it tells a story, provokes emotion, elicits thought and incites debate – but rarely are musicians truly ‘artists’. Julia Holter is an artist, one who’s virtuosic and creates more than just sound: her songs paint abstract pictures where it’s the little details that count.

Having a background in classical music helps, of course. Holter was a classical composition graduate, teaching piano and tutoring in an after school programme when her 2012 album Ekstasis was released on indie label RVNG. Its sparse arrangements, depth of sound and sheer breadth of vision were critically lauded, and after residing under the radar, Holter finally started to amass the attention she deserved.

Partially inspired by the ‘50s novella and musical Gigi, Loud City Song is explicitly an abstraction of a city, and in particular Holter’s place of residence, Los Angeles. She perceptively relates the classic romantic Parisian story to contemporary LA and its media’s fascination with celebrity: “It’s about feeling bombarded by the loudness of gossip, when you go on Huffington Post, the most popular stories aren’t really about the world, they’re about Kim Kardashian’s weight. When I happen to turn on a television, the advertisements are the loudest thing” she explained in a recent interview.

The methods used to create this depiction are a divergence from the spectral, soporific nature in which Holter has become somewhat synonymous with. For example, the recording of ‘Horns Surrounding Me’ involved Holter climbing on to a roof in her neighbourhood Echo Park and playing tag with a friend. The sound of a running, breathless man is representative of one fleeing from photographers, with the encompassing horns, blaring trombones and erratic, unruly sax portraying unwanted paparazzi. Although social commentary in music isn’t uncommon, it’s this implicit subtlety and Holter’s unique illustration of a place and its inhabitants that makes Loud City Song such an interesting portrayal of voyeurism and celebrity fixation. Instrumental techniques and field recordings are effectively used to outline the undue noise and crassness in cities and the societies within them.

Holter’s lyrics are routinely cryptic; since her 2011 debut Tragedy, she’s buried herself unusually deep in her albums. This perhaps accounts for the dreamy and impenetrable quality that Holter fans admire most about her music, and it’s what singles her out from the contemporaries that she’s so tenuously compared to. Holter subverts the usual confessionalist approach to songwriting and in turn there’s a seeming lack of connection with her as a person. But that’s where she is misinterpreted as a reserved songwriter: Holter relies heavily on musical craft and instrumentation to create sentiment and emotion. It’s personal and at times poignant without being autobiographical. Instead of overruling lyricism Holter’s vocals are often hidden and muffled yet fluid and lingering, acting as a supplementary instrument – but the narratives are infinitely distinct.

Loud City Song’s sound is difficult to pinpoint: experimental pop interplays with the influences that inform it, such as John Cage, Laurie Anderson, Joni Mitchell and Robert Wyatt, yet it enamours in its own empirical world of sound. ‘Maxim’s I’ for example evokes an atmosphere that directly alludes to Gigi with its sedate pace, captivating strings and soft, opaque vocals that are as romantic as the city that inspired its story, yet the disturbance of LA’s cityscape is still present.

In all, it’s the explorations of sound and bold yet gentle orchestrations that makes Loud City Song a perfect example of Holter honing in on her talents by evoking mystery but retaining enough openness to keep her sound in constant flux. Like her previous works, Loud City Song requires time and patience, but once you grasp its intent the investment will feel wholly worthwhile.