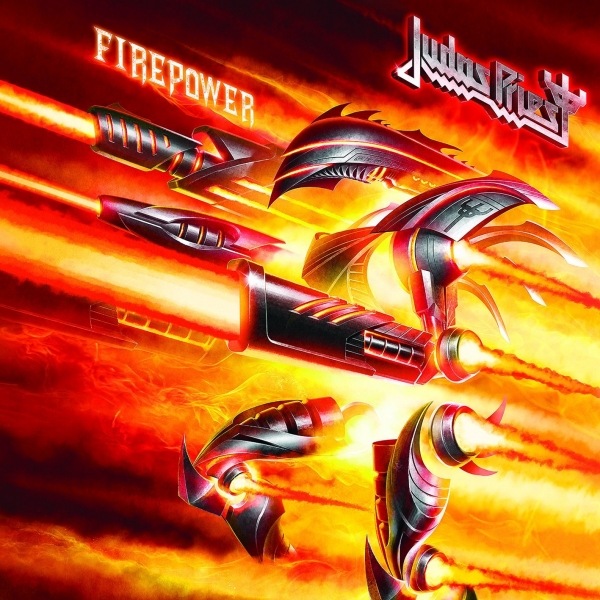 Arguably one of the greatest heavy metal bands of all time, Judas Priest are back with their 18th studio album, Firepower.

Some bands have the ability to change the course of history and have paved the way for others to achieve similarly great things. There’s Dio, Metallica, Black Sabbath, Iron Maiden, and Judas Priest are on that list, too. Where the sub-genres of metal dominated in 2017, Firepower is highly welcome, harnessing as it does an early, back-to-basics fabric of classically full-throttled heavy metal. The mania behind Judas Priest continues to be justified, and Firepower is more of what we’ve come to love about one of the all-time greats.

It comes to us at an important time. There seem to be fewer and fewer bands who stick to the classic metal label, and the reality that Judas Priest are still active this far in – let alone still this good – is nothing short of astonishing. The sound of Firepower is what we’ve come to expect, but stating that isn’t necessarily a criticism. Within their realm of writing, Judas Priest have managed to masterfully incorporate bits and pieces of advancement to a nostalgic sound, showcasing their ability to not rely so heavily to a defined schema of what the genre of metal is.

Their discography offers plenty of contrast to Firepower, The classic British Steel, the worldwide success Screaming for Vengeance, and the glorious Turbo, for example, each offer another side of Judas Priest that allowed them to shine. Although sharing bits and pieces of these albums, Firepower is its own reckoning force. “Lightning Strike” is thoughtfully riff-heavy and forces your lip to snarl. The opening title track gallops along with speed and thrash, while closer “Sea of Red” is ballad-worthy. “Traitors Gate”, on the other hand, shows the band embracing experimental nirvana with its grandiose style.

Yet although Firepower produces variety and quality within its fourteen songs, there are moments of imbalance. “Children of the Sun” is one of the album’s most lackluster tracks, a song that has trouble living up to its fullest potential.

There’s no denying the power behind Judas Priest. After all these years, they manage to outdo and out-perform themselves as a band who continually generates something incredibly vast. Despite moments of variance, Firepower still finds Priest as focused as ever. Although they don’t break the mould on every track, it’s important to remember that it’s a mould that they set, and Firepower fulfills as some of this year’s most prospering and ferocious heavy metal.