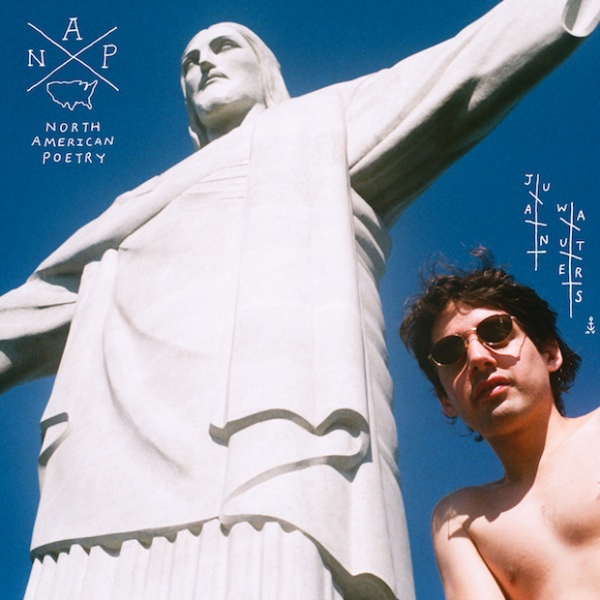 Uruguayan native Juan Wauters is best known for his work as guitarist and vocalist in The Beets (New York based lo-fi psych-pop… not animated tribute band from Doug, 90′s cartoon lovers). Over three albums to date the band have earned a cult following for their scruffy but sweet and desperate to be hip indie rock (their first album was called Spit On The Face Of People Who Don’t Want To Be Cool!), and their main songwriter furrows a similar path on this debut solo album.

Given Wauters’ roots outwith NYC (he originally moved from Uruguay to Queens back in 2002) it seems appropriate that there’s something of the fish out of water mentality about his songs as he tries to capture some of the city’s elusive musical essence. In this sense he fits the outsider music bracket alongside the likes of Daniel Johnston or Wesley Willis, on his video for “Sanity or Not” he even channels Andy Kaufman by wrestling women. Like the more popular outsider music tends to his songs have a certain ramshackle naivete and wide-eyed wonder at their heart, so as rough as they may be there is an endearing factor.

These solo recordings are less frantic than much of The Beets output and instead have a disjointed inner-city folk vibe which are a good fit for Wauters’ laconic voice. The melodies wander without any sense of urgency on songs like “Woke Up Feeling Like Sleeping” and “Water”, only very occasionally does he pick up pace but the higher tempo does wonders and the jaunty momentum of “Lost in Soup” is one of the best things here.

There are definitely issues with the album though: a few Spanish language tracks feel a little at odds with the established tone; The tracks featuring back and forth vocals with guest Carmelle Safdie are a bit too typically NYC hipster and their scrappy Moldy Peaches aping acoustic twangs and strained vocals don’t amount to much. At points it does feel like an exercise in imitation, those instances are a drag – closer “Ay Ay Ay” for instance is a hideous racket.

Wauters’ first solo outing proves to be an uneven experience which only occasionally captures the quirky charms of his previous output with The Beets. A songwriter with a distinctive world view definitely but rarely the musical nous to really make the most of it – as such North American Poetry amounts to some sweet melodies delivered with slacker poise but is largely forgettable.