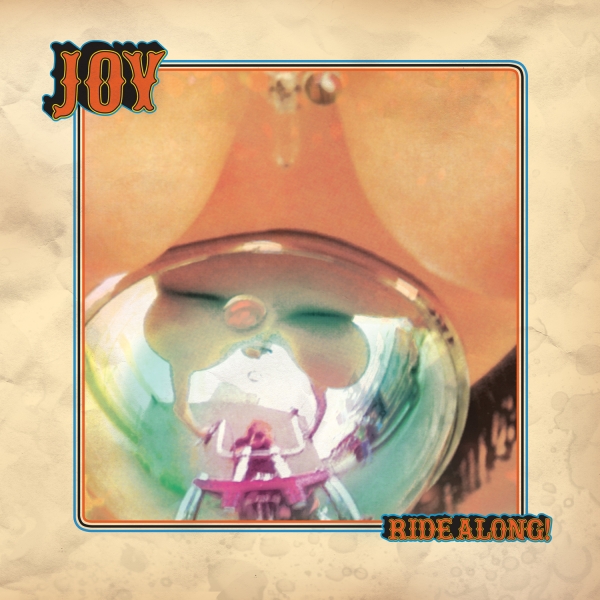 They lack the technical precision of Earthless and they steer clear of the sludgy waters in which Sacri Monti often find themselves mired. While their characteristic looseness is on equal footing with the psychedelic assault of Harsh Toke, Joy keep things tighter, time-wise. If labels are required, Joy traffic in hard rock, the most working class sound on the spectrum of heavy music, with loose arrangements that borrow liberally from psychedelia, blues, prog, and metal. Joy work their asses off, but they also have a secret weapon: charisma.

Joy aim to charm from the middle of the pack and that’s no easy feat. But on Ride Along!, their follow-up to to 2014’s Under the Spell of Joy, they get by with a little help from their friends in Sacri Monti, Earthless, and Radio Moscow. They succeed by virtue of their strut as often as they succeed on the strength their sound and when they fall short, it’s still hard not to grin at their enthusiasm.

The album's ten tracks fizz with raucous energy and the breezy chemistry on display suggests a familial camaraderie, both among band and with their guests (Earthless drummer Mario Rubalcaba, Radio Moscow guitarist Parker Griggs and Sacri Monti guitarist Brenden Dellar). Joy’s goofball charm offensive peaks halfway through the album, with a blistering cover of Z.Z. Top’s "Certified Blues". There are two more songs on the album with the word “blues” in the title, but the titles of these songs speak more to structure than tone.

On the whole, Ride Along! is a playful, upbeat affair. Recorded  in the band’s hometown of San Diego, with production by vocalist and guitarist Zachary Oakley, the band’s casual interplay is evocative of simply rolling tape on a live set. The flaws that come through as result - such as Oakley’s straining to hit the vocal heights and harmonies that the songs require - read as happy embelishments, not deficiencies. Though they don’t chart new territory, Joy happily hold their ground.