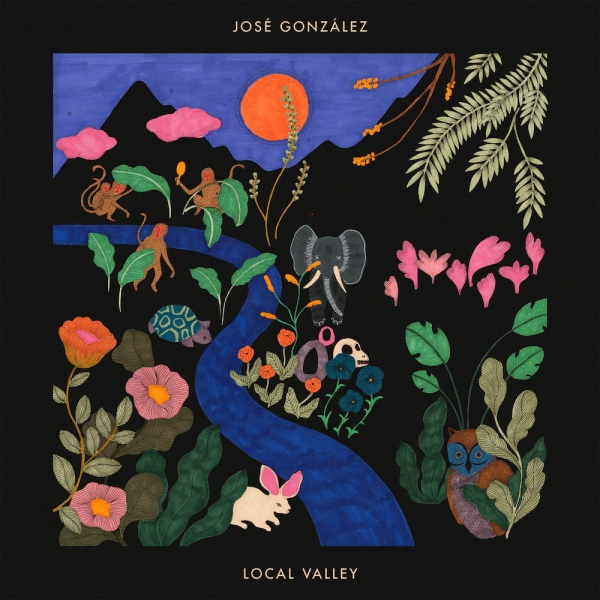 With a career now spanning 18 years, Swedish composer José González has evidently lost none of his charm as he releases his long-awaited fourth studio album. Retaining echoes of his previous works, Local Valley hears González as understated and wise as ever, each track vying for attention on a record that flows effortlessly from start to finish.

Opener “El Invento” is the first song González has recorded in Spanish, an homage to the native tongue of his Argentinian heritage, and a positive lesson in catharsis. Similar vibes are heard on “Visions” and the somewhat gentler “Horizons”, proving that you don’t always need to be flamboyant to attract attention.

“Lilla G”, written for his daughter, is reminiscent of Paul Simon, with other influences on Local Valley found equally close to home for González. “En Stund På Jorden” (A moment on Earth), is a cover of Iranian-Swedish artist Laleh, inspired by the former refugee who’s topped Swedish charts multiple times after growing up in the same multicultural Gothenburg neighbourhood as González, while “Honey Honey” paraphrases “Music On My Teeth” from DJ Koze’s 2018 album, Knock Knock, upon which González guested.

“I set out to write songs in the same vein as my old ones: short, melodic and rhythmical, a mixture of classic folk singer songwriting and songs with influences from Latin America and Africa,” explains González. Had more people the same sense of wisdom as González, we might find ourselves in less of a bipartisan society at times, with Local Valley serving as a “metaphor for both humanity stuck here on earth – our local green valley in a vast, inhospitable universe – and also for two dogmatic tribes stuck in a state where they’re unable to see things from the others’ perspective, preventing them from establishing a more harmonic state.”

Collectively, the tracks on Local Valley combine to reflect reality like a landscape mirrored in the surface of a calm pond, hazy and shimmering but equally recognisable and easy to interpret. It’s an album that scores highly on philosophy and intellectual curiosity, providing a welcome moment of relief from the frenzy of modern life.