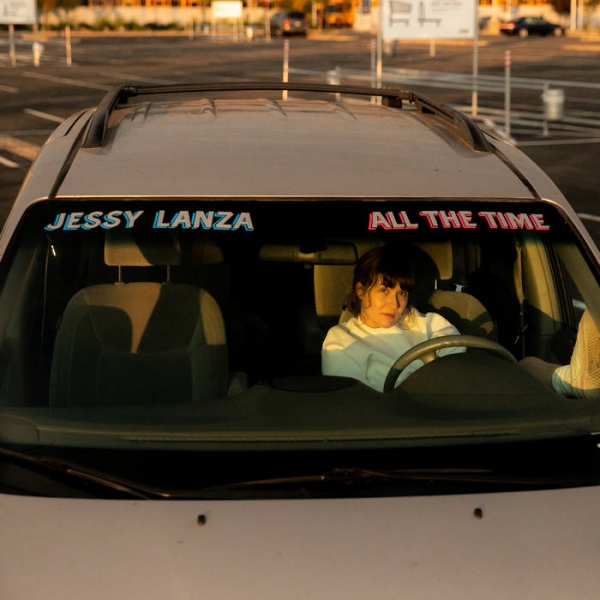 Described as the purest set of pop songs she’s released, All The Time finds Jessy Lanza shifting gear towards traditional song structures and boiling down her influences to a more unified palette.

Much of her left-field charm remains intact, though: “Face” is Lanza at peak chaos, with its glitchy chopping, heavy bass, and incessant bounce resembling the work of hyperpop pioneers SOPHIE and A. G. Cook; “Like Fire” is equally pulsating and one of the most immediately rewarding tracks here, simultaneously a nod to ‘90s R&B and an alien art piece between the bubbling undercurrents and Lanza’s soprano warbles. Lanza’s production (alongside consistent collaborator Jeremy Greenspan) is once again a strong suit, both progressive and dripping with nostalgia.

While All The Time is undeniably stylish, it can lack substance. A lot of the lyrics are pitched beyond comprehension, while her enunciation is often slack-jawed, melding words into incoherent murmurs. The most legible hooks tend to be simple and unimaginative; from “I’m giving up all my love / I’m giving it all to you” on “Baby Love” to the near sinister “Would you rather be lonely?” on “Alexander”, Lanza’s vocals are clearest when voicing clichés.

On the other hand, her habitual repetition makes for some of the most infectious moments on this record. “Lick in Heaven” is a playful, cartoonish earworm that spins an emotional spiral into something deceptively sweet; glittery keys and the chattering gurgles of modular synths give the track an air of retrofuturism. All The Time reaches its climax with the ‘80s sheen of “Over and Over” — it’s almost too easy to indulge in its entrancing refrain and the slightly less synthetic use of Lanza’s upper register.

Being her most accessible work to date, All The Time is a full embrace of the “outsider popstar” she was once labelled as. Though it doesn’t quite scratch the same itch for experimentation as her last album, Lanza has once again proved that she’s a forward-thinking producer with a knack for writing irresistible pop music.