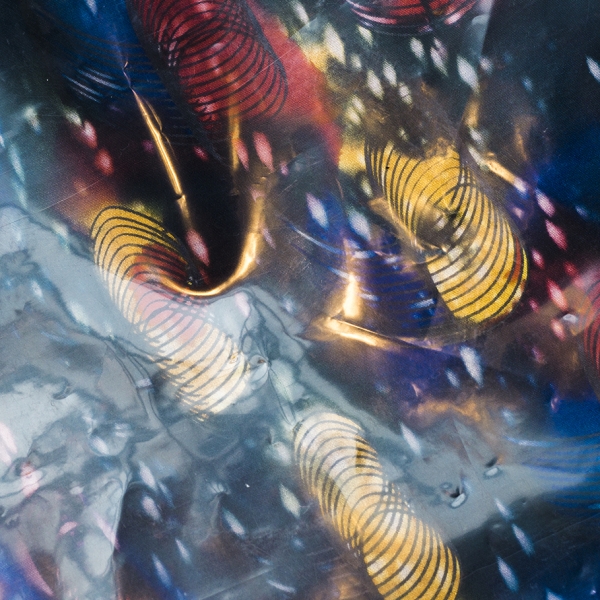 Jaunt are a band that do almost everything incrementally. Whether the development of the band physically or the gradual, highly-considered approach to their music, the Toronto act aren’t inclined to rush even the slightest detail.

Despite the initial stage being set after guitarist Pat O’Brien and lead vocalist Tom Helliwell met at a Halloween party, the duo’s songwriting partnership developed little beyond jamming for several years. It took an impromptu decision by O’Brien to book the band for a gig which took the project up a notch, with Daniel Reardon (keyboards), Duncan Hood (drummer), Nick Nausbaum (bassist) Caitlin Woelfe-O’Brien (vocals) all joining the cause down the line. All In One, their debut, was itself tinkered on for three years with the help of BADBADNOTGOOD’s Alex Sowinski, the EPs Chat (2016) and Cue (2018) our only introductions to the eclectic dream state that would end up characterising their debut.

While you could quite safely categorise those early EPS as dream-pop releases, All In One, both the record as a whole and it’s stellar title track, are more diverse beasts, drifting wistfully from breathey alt-pop to elements of hip-hop, jazz and funk. There are clear parallels throughout the album to Unknown Mortal Orchestra in particular, though the plethora of influences and Jaunt’s distinct way of knitting them together mean that such overtones disappear as soon as they come into view. The sedated opening to “Obvious Answer” parts to give way to a UMO-esque psych-pop tune, and “Callous Standard” reimagines itself at least a handful of times as it deviates from pulsing synths to a hypnotic indie-funk segment, among other detours. As insinuated by the album’s title, the collation of multiple parts into something coherent and singular is a theme that runs throughout, a mighty feat which Jaunt tackle with impressive proficiency.

Not everything here is complicated or layered. One of the album’s highlights, “Bakers Moves”, is a jaunty indie number, the sort of thing you might find on an old Tokyo Police Club record or Avey Tare at his most accessible. The intricate care that goes into every stuttering drum beat and fluctuating synth however is a constant, giving All In Once an enveloping richness from beginning to end. It’s true that needless delay and tinkering can be highly frustrating, yet Jaunt make an emphatic case that patience is occasionally a virtue worth investing in.