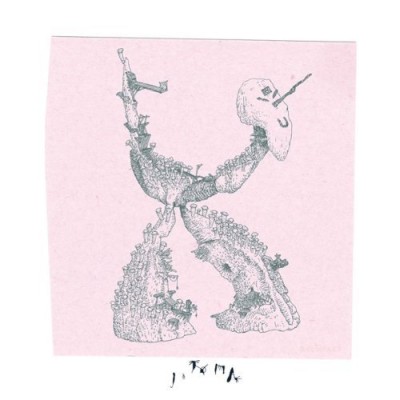 Up-and-coming electronic trio Jatoma haven’t revealed their names to the press, and their record label have been dropping unsubtle hints that at least one member is also involved in a better known band. Unless their self-titled debut album is the result of a secret collaboration between Richard D James, Thom Yorke and Andre 3000, I quite frankly couldn’t care less who was involved in its production. The music’s the important thing. It’s fortunate, then, that Jatoma are pretty good at the whole ‘making music’ lark, and have created a record of expertly moulded, lovingly crafted IDM.

The “Intelligent Dance Music” tag is frequently used to refer to music so cold, harsh and abstract that listening to it can make you feel like a member of the Borg collective is reading you Immanuel Kant’s Critique Of Practical Reason. Jatoma specialise in a very different sort of IDM; their music is thoughtful and fluid, an underwater ballet taking place in slow-motion. They want to suck the listener in, to hypnotise them, rather than aloofly hold them at arm’s length of the manner of, say, Autechre. It’s a trick which Four Tet’s recent There Is Love In Youpulled off with great aplomb. Like that album, Jatoma features a number of lengthy, carefully constructed tracks built around steady, pulsing beats which keep things moving without ever getting frantic or frenetic. The beats sound less like those of Pendulum and more like the regular, unhurried tick-tock of a pendulum. Synths float and drift amongst these beats in a continual, graceful motion. They sometimes sound organic in a literal sense, resembling water splashing or birds cheeping; more often, they bleep and bloop placidly in the manner of a malfunctioning sentient computer which, faced with the certainty of its imminent demise, has attained a state of zen-like calm.

Jatoma’s different tracks work as variations on a theme. Some songs, such as ‘Durian’ and the first half of ‘Luvdisc’, shift their aesthetic in a more danceable direction, adding deep, funky basslines and (especially on the latter song) a relatively loose and relaxed percussive feel. In these moments, the trio sound like house kids who have taken time out to make some more left-field music. Perhaps they are. On the other hand, tracks like the hazy sonic dust-cloud ‘Wood Face’, a blurry wash of distorted synth noise and crackling bass, take their aesthetic in the opposite direction, dehumanising it slightly and creating something with a more experimental feel. Their best moments fall between the house-influenced ‘Durian’ and more outre ‘Wood Face’. In particular, the seasick synthesisers and woozy beat of ‘Helix’ and the carefully elaborated Four Tet-isms of ‘Little Houseboat’ justify the price of admission by themselves. Not every track catches fire to quite the same extent, but there are no obvious missteps. This may simply be due to the extent to which the album has a focused, unified sound, such that even songs which don’t sound exceptional when heard by themselves play an important as part of the overall work. An impressive, immersive album which fans of human-sounding electronic music will enjoy.