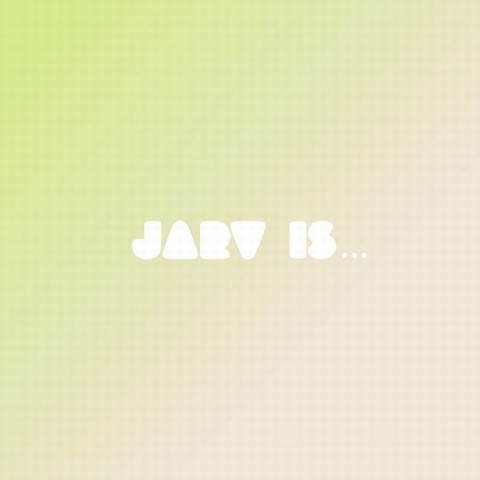 JARV…IS an experiment. JARV…IS a journey with no definite destination. JARV…IS beyond the notion of straightforward music-making. JARV…IS… Beyond The Pale.

The latest project by the ever-changing enigma of modern British music, Jarvis Cocker, JARV…IS was initially a concept formed purely through live performances, with the idea of writing music “in collaboration with an audience”. First playing at Sigur Ros’s Norður og Niður festival in Iceland, the band – comprised of Cocker (guitar/vocals), Serafina Steer (harp/vocals), Emma Smith (violin/vocals), Andrew McKinney (bass), Jason Buckle (synthesiser & electronic treatments) and Adam Betts (drums/percussion/vocals) – then played an intimate run of shows in the US and UK throughout 2018, including a performance at the Peak Cavern in Derbyshire. Recordings from these shows became the basis of an album.

Released on Rough Trade, Beyond The Pale runs with these original songs, written to be “in a state of flux” while only being performed live, and encloses them in a studio setting. It claims to be “Not a live album [but] an ALIVE album”, but the translation isn’t pulled off seamlessly. The decision to try to capture this project in an album definitely detracts from that magic of the live shows – the songs are no longer fluid, they have been halted, though the original purpose still mulls about in the darkness.

It is still interesting, innovative, and intellectual. It is still unmistakeably Jarvis Cocker.

Cocker’s penchant for storytelling is in full flow, in an exploratively electronic soundscape that is reminiscent of early Pulp but through a much more modern lens. “Must I Evolve?”, released back in May 2019, forms a strong summation of the ethos of the album. Shifting between the profound questioning of the chorus – “Must I evolve? / Must I change? […] Must I join in? / And do as I’m told?” – and a narrative-style verse mapping the history of evolution, we see Cocker’s distinctively witty, often risqué, lyrical ability. The track, as well as the album itself, travel a journey of insecurity, answering some questions while leaving others open to disturb and unsettle the mind.

Beyond The Pale also covers an interesting array of modern themes. From gentrification on “Swanky Modes” to identity (through the eyes of a living statue) on “Sometimes I am Pharaoh”, each of its seven tracks explore ideas of movement, change, and generational shifts, but always done through Cocker’s recognisably dark and elusive style of writing.

Feeling much more like a project than a fully realised sound, it finds a new facet to the experimental, esoteric heights that the concept of JARV…IS was originally, and with its mysterious shapes and synthetic beats Beyond The Pale is definitely an interesting album to delve into.