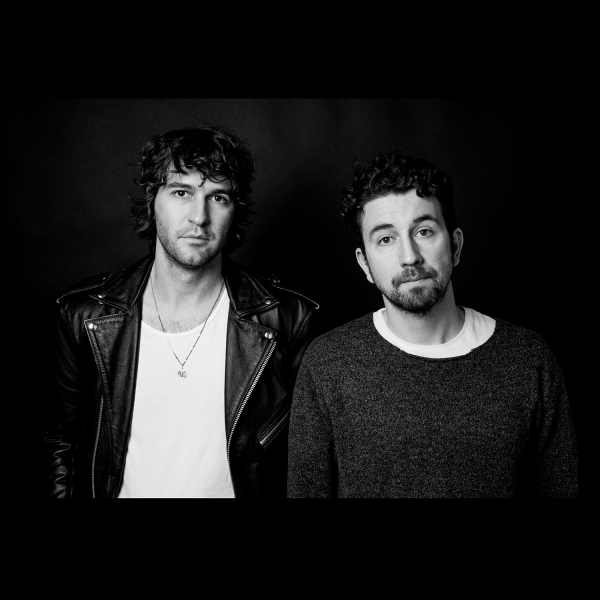 There’s something to be said for bands that have the guts to do a Dave Chapelle and just disappear, emerging again only when they’re ready, not anybody else.

After the relentless tour of their second album, Celebration Rock, ended in 2013, Japandroids did exactly that; vanishing from the spotlight. Of course, this led many devoted fans to wonder what had happened. Had they broken up? Was this a hiatus? Or were they deep into their third record? With no real social media presence, it was all a bit up in the air.

And then, like a bolt from the blue, the Canadian duo resurfaced. They set about testing new material at small shows in Vancouver before dropping their first new track in five years this past November. It was a hero’s welcome. At a time we needed their life-affirming anthems the most, they delivered.

They felt they had run out of time making Celebration Rock, trying to capitalise on the runaway success of their debut Post-Nothing, so wanted to work at their own pace this time. Their third record, Near To The Wild Heart Of Life, is the product of that period of radio silence.

Unlike with Frank Ocean’s feverishly anticipated Blonde, which was constantly teased with new rumours cropping up every other day, there were no expectations on Japandroids to pull it out of the bag. This lack of pressure gave them the time they needed to really sit back and think about where they were and where they wanted to be.

It was a risk given that, in this day and age, disappearing for a long while can often lead to becoming another footnote in history. But it was a risk that paid off in spades. After all, the relationship they had forged with their fans over their previous albums was a supportive and understanding one.

The end result is an album that seems a lot more grown up than their previous two records. Where Post-Nothing and Celebration Rock had different ideas of home (Vancouver in the former, the world in the latter), they’ve come to accept that it doesn’t have to be one or the other. Home, now, is wherever someone has your back.

Title track, and the single that marked their return, “Near To The Wild Heart Of Life” and “North East South West” both tackle this evolution in their thinking. It sounds like the same anthemic Japandroids, complete with fuzzy guitars, but they feel wiser here.

Near To The Wild Heart Of Life is also the most overtly romantic Japandroids have ever been, no doubt a result of having properly settled down. They had previously showed their romantic side on Celebration Rock’s excellent closer, “Continuous Thunder”. But here, on tracks like the tender “I’m Sorry (For Not Finding You Sooner)” or recent single “No Known Drink Or Drug”, recounting the whirlwind of feelings that go hand in hand with romance, we see a new vulnerable side to the duo. It’s telling, too, that their girlfriends even crop up on the album to lend their vocals.

They’ve not only evolved lyrically, but also sonically. Japandroids, between Post-Nothing and Celebration Rock, had settled on a formula that works. After all, if it ain’t broke, don’t fix it. But on Near To The Wild Heart Of Life, it’s when the duo break from that tried and tested formula that things really come into their own.

The shout-along fuzzy anthems and earth-shattering choruses that scream “carpe diem” are all still present and correct, with “Near To The Wild Heart Of Life” and “No Known Drink Or Drug” being quintessentially Japandroids. But it also sees the duo testing new waters, finding new ways to blow you away.

For one, acoustic guitars (shock horror!) take a starring role on “True Love And A Free Life Of Free Will”. It’s still a track that makes you want to grab your best mates and scream along to the chorus like you’re the only people around, but the slower pace (at least by Japandroids’ standards) shows a whole other exciting side of the band - adding a new depth to their songs we haven’t really seen before.

An even greater deviation can be found on album highlight “Arc of Bar”. Not only does it mark itself out as one of the longest tracks in their catalogue, it also sees the use of a subtle electronic element and even an almost choral closing. It initially sounds like something by a totally different band but that Japandroids magic is very clearly sprinkled over it.

While it’s still not quite a patch on “The House That Heaven Built”, “Arc of Bar” is the sort of track that makes you sit up and pay attention. By the end of it’s epic seven minute run, this thrillingly mesmerising song is one that really warrants a cry of “fucking hell” and shows just what they can do when they mix things up a bit.

Near To The Wild Heart Of Life is proof that, while Japandroids are still capable of the cathartic sermons that can lead to hoarse voices and declarations of love, they can break from the formula and deliver something fresh and exciting. It’s still life-affirming, but in a new way.

This isn’t a reinvention, though they have ditched the ever familiar Marquee Moon inspired album covers. This is Japandroids simply changing perspective, revelling in a new angle on life. They’re looking at the world through clearer eyes, with fuller hearts, but that fire in their belly is still burning as bright as ever. That potent fire that kept fans (somewhat) patient during that five year hiatus. Suddenly, that wait seems entirely worth it.