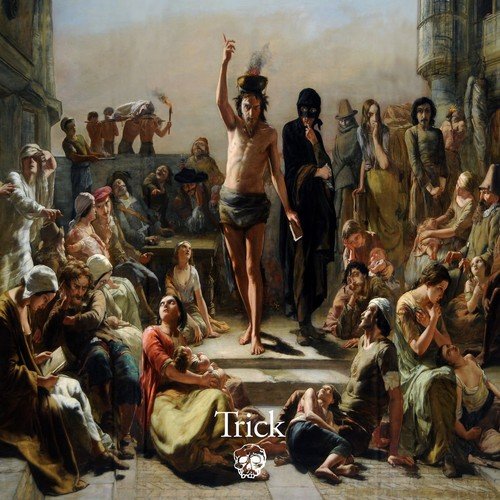 He might insist he feels “tricked into waking up”, but Jamie T’s return to the stage after a five year absence was one of the most assured in recent memory. Returning in 2014 with the most critically adored album of his career, Carry on the Grudge swapped the radio samples and hip-hop swagger of debut Panic Prevention for jagged, punk-inspired indie. Few comebacks had ever felt so assured.

Trick – his fourth LP and second in two years – reeks of career-high confidence. It cherry picks the best ideas from his previous three records with each track offering something different. You could lazily criticise it for lacking continuity, but the fact is Trick doesn’t need it – from the intensity of opener "Tinfoil Boy" to the contemplative reflection of "Self Esteem", the album doesn’t miss a beat. Every idea feels fleshed out, and every lyric feels important.

Trick isn’t quite a collagist record akin to The Avalanches’ recent Wildflower, but Jamie T’s diverse record collection is very much part of its appeal. Audio samples aren’t quite as frequently used as on some of his previous releases, but much of the instrumentation takes obvious inspiration from guitar bands gone by.

There are obvious comparisons to be made to T’s beloved Clash on some of the album’s ska-punk turns, but more interesting is the way Trick frequently wears its very modern influences on its sleeve. "Tescoland" would fit like a glove on Up The Bracket, with its sights set on modern day consumerism. Meanwhile the influence of AM-era Arctic Monkeys is evident on "Power Over Men", "Drone Strike" and "Joan Of Arc", while "Police Tapes" can be filed right alongside current-day punk outfits like Sleaford Mods.

With that said, "Robin Hood" borrows a hell of a lot from "Combat Rock" and includes a rollicking guitar solo Chuck Berry would have been proud of. Elsewhere the guitar riff on "Sign Of The Times" sounds like it could have been written by John Squire during his pomp, with Jamie T reflecting on “all the venues” falling into the hands of “businessmen”.

Perhaps even more impressive, though, are the tracks that sound entirely his own. The dark, brooding "Solomon Eagle" is real gem – Treays eerily narrates a tale of harsh inner-city life with all the conviction and social potency of The Specials "Ghost Town". The track includes perhaps his most inspired selection of samples since "Sheila".

"Power Over Men", in which Wimbldeon’s finest pines over a girl “in brogue schools in art schools with tattoos”, is Jamie T’s strongest contender for indie dancefloor immortality since "Sticks ‘n’ Stones". So well executed are its pop hooks that it’s a track that has the potential to be the best thing on the radio for the rest of the year.

Artists telling the press they're in the “shape of their lives” is pretty standard fair for pre-album promotion, but on Trick you can really believe it. A record the gleefully skips through genres without ever missing a beat, Jamie T’s fourth effort is a genuinely magnificent album that surpasses anything else in his discography with consummate ease. He simply hasn’t missed a trick.