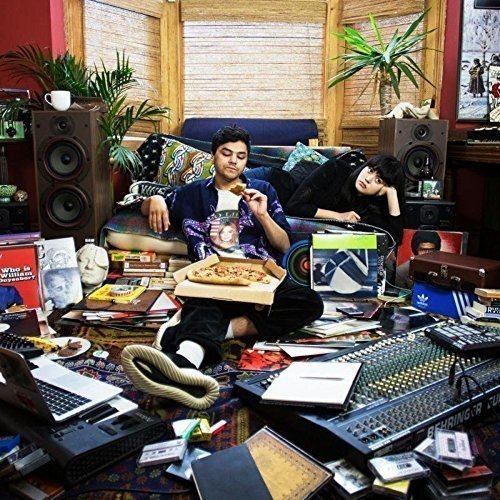 Recently, Archy Marshall (aka King Krule) and Loyle Carner have started a trend of former BRIT School attendees stepping into the limelight and shrugging off their alma mata’s reputation for producing cheap chart knock-offs. And, after two promising EPs, Jamie Isaac is next in line to defy the stereotype - his debut album, Couch Baby, presents him as a unique, intelligent and talented musician with a bright future.

Isaac and Marshall even struck up a strong friendship during their time together at the school, and the pair continue to collaborate frequently - Isaac was the only guest on Marshall’s brilliant A New Place 2 Drown from last year. Despite the fact that Marshall doesn’t repay the favour here, the influence that they have on each other is undeniable - Isaac proves this by wearing a shirt designed by Marshall on Couch Baby's cover.

The reason for Marshall’s absence on the album is that there’s no need for guest spots - it’s a tight-knit collection of laid-back beats and mellow vocals, meaning that any guest features - especially Marshall’s distinctive groan - would likely disrupt the album’s flow. And while the easy-going nature of the album is partly in debt to Isaac’s obvious jazz influences, it sounds like the devil’s lettuce has had a much bigger influence; Couch Baby is a stoned Chet Baker listening to The xx in a North Face jacket, and its highlights “Know U Like Me”, “Beauty” and “All My Days” take the biggest rips of the bong.

Isaac can clearly smell the chronic on his creation, though, in a way similar to how a parent can inevitably smell weed as soon as their stoned child steps foot in the house. Some parents may choose to ignore it, but Isaac revels in it - the album cover is literally him eating a pizza in his messy bedroom with Rizla and ting in sight. Ultimately, Couch Baby succeeds in providing the perfect soundtrack for a midnight mong out.