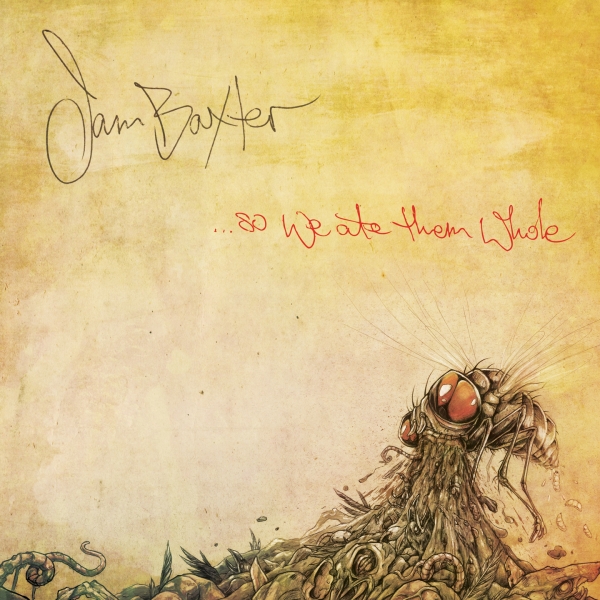 The UK hip-hop scene is a curious community. Fiercely loyal to its artists, yet typically adverse to change, it seems to exist on the peripheries of modern music fandom. Very little gets in or out. Artists held within its grips that should receive global exposure often don’t manage to break out even into the UK’s mainstream press, cursed to remain in the motherland for all eternity.

Were this not the case, I’d wager a significant number of Brits would have now gnawed their own limbs off in anticipation of London MC Jam Baxter’s latest LP. The rapper has few comparisons, partly because ‘alternative hip hop’ never really happened on this side of the Atlantic, and partly because he is simply very, very good at what he does. Had Baxter grown up in the States, I expect he would have wound up killing it alongside Aesop Rock and El-P on Definitive Jux. Currently, he is the jewel in the crown of Brithop label High Focus, who have thankfully supported him on his steady slide into murkier rap waters.

The decision to wait until December to release …so we ate them whole makes a lot of sense. This album is about as far away from a summer jam as you can get; all the bleakness of a cruel winter spent in a concrete jungle, with all the body horror of a John Carpenter film. Baxter writes like JG Ballard, if JG Ballard had grown up on a council estate in Millwall; simultaneously disgusted and fascinated by the polluted yet vibrant city he’s shackled to. In producer Chemo, he has picked the perfect musician to tease his noir-ish visions onto staves; a genre often dismissed for its laziness and repetition is contorted beyond all recognition into something exquisite.

“Wings Cost Extra”, the album’s opener, is a powerful statement of intent. Over a psychedelic landscape of twinkling harps, Rhodes’ and arpeggiators, Baxter reimagines the city as heaving mass of mutants, bloated capitalists and dribbling low-lives. If it weren’t for all the allegory, this would be quite the political satire; as it stands, you’ll be pulling tracks up occasionally to figure out what the hell is going on.  It’s to be expected - Baxter appears to take a lot of joy in spinning endless metaphors, and displays little desire to handhold his listeners through the tricky parts.

That said, it’s those starker verses underpinned by personal hurt and loss that really strike a nerve. On “Everything” (“song about a girl, number 467…”) Baxter takes that classic notion of ‘having your heart ripped out’ and carves out a break-up song like no other, the elaborate metaphor at its centre providing him with a space from which to be bitingly honest. The album’s centrepiece, “28 Staples”, takes its title from the 28 staples Baxter himself was forced to have in his arm after a collision last year on a banana boat in Croatia. It is an ode to those incidents in life that bring us face to face with our own relative insignificance and fragility. Over a fittingly cold and industrial beat, it’s easy to miss the depth of the Baxter’s bars for the speed of delivery:

“And just when you think you’ve surpassed mortality,
Master of all in cardboard galaxy,
The last black hole threw my passport back at me
At border control, hand-cuffed to reality.”

Elsewhere, an ex-lover in a café is described as having “lips like a novel that’s barely worth reading; eyes like abused tenants”. Baxter sums up the futility of modern political discontent as “limp fists swing[ing] for steel piñatas”. Wordplay of this calibre is everywhere, and the sleeve-notes alone are worth the price of the album.

Anyway. Beautiful is not a word you get to use very often when reviewing hip-hop records. Often I find myself scraping the barrel of 21st century yout-speak for a synonym for 'sick', desperate to avoid something unfittingly flowery that might embarrass someone. But here we have it; a genuinely beautiful UK hip-hop record. A record that, with all its art and guts and integrity, shows up the artlessness of many of its peers like a black light. These two bright talents need a leg up over the high walls of UK hip hop to launch them into the wider world. Play this to anyone who’ll listen.