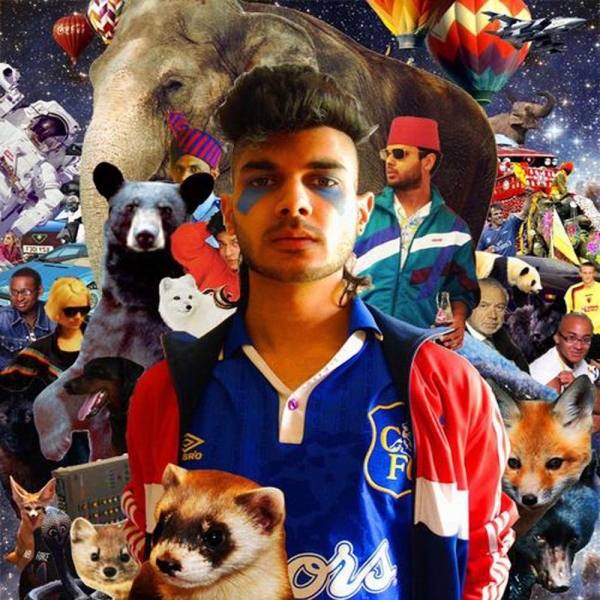 The leak happened on my birthday. I can remember it clearly. I was standing in the living room of an ex girlfriend’s when I got a text from a mate saying that Jai Paul’s album had been released. Birthday plans changed.

In 2013, music leaking was still a sort of unfortunate bi-product of an industry coming to terms with the internet. But this wasn’t a sad yet predictable 2 months early sort of leak. This was Jai fucking Paul. Whose official output to date consisted of one MySpace demo that XL released 4 years later (“BSTU”), one demo that was released still a demo (“Jasmine”) a year after that, and a scattering of MySpace rips and other fragments floating about the net. It’s fair to say that of the two official tracks, both were considered exceptional. So a Bandcamp download consisting of 16 songs, most never heard before in any form, was a sort of Christmas and birthday, on my actual birthday, sort of scenario.

Shortly after it turned out it wasn’t exactly a leaked album. There are plenty of great articles about the drama that followed, as well as Jai’s recent statement, which can do the explaining for those interested. Ultimately, Jai disappeared almost entirely. But just a few days ago, Jai returned with a “Hi” on his Twitter. And two new songs. And a “proper” release of the original leak, now named Leak 04-13 (Bait Ones).

The leak has a few changes. Primarily this is losing some samples that couldn’t get cleared (turns out J.K. Rowling doesn’t fuck with the Pauls), but extends to a few production edits, a revert to the official “Jasime” (shame), and one new track outro (“Genevieve”?!). But rest assured, if you’re newly entering the church of Paul, this release is 85% the same.

What is startingly obvious to me is how fucking good this still record sounds, six years on.

Everything about Jai’s sound can be found in the first two seconds of the first proper song on the album, “Str8 Outta Mumbai”. A song that was first introduced to the world as a 2011 XL Records Christmas card, and is now, finally, 8 years later, a publically available song.

Fortunately its core sample, the drums and vocals of Vani Jairam’s “Bala Main Bairagan Hoongi”, has survived the cull. Its Tamil beat sweeps along three warped, jagged chords before a gasp of dead air gives way to the full Jai Paul wall of sound: a thin layer of “ooohs”, '80s synth, claps, chunked-up tambourines, the full shebang. The track cuts twice for the barely intelligible though slightly seductive words of “Very... Special”. Then the second synth comes in sounding like you’ve won the £7 grand prize at a Margate beach amusements slot machine. There’s even a (newly added?!) elephant trumpet at the end of the first chorus. And you’re only 58 seconds in.

The song sounds like it’s mastered in a washing machine. Mixed by a 90s school disco DJ who’s just found the crossfade. It should not work. And yet, “Str8 Outta Mumbai” stands as one of the best songs of the decade. It encapsulates a genreless internet soup where, with soundcloud blossoming, everyone was stumbling around for electronic newness. And Jai had it in heaps. A sound so uniquely his that even his imitators - of which there are many - have never sounded like anything other than thin imitation. From his pop culture artwork, to his pop culture samples, impenetrable layering and irresistible hooks, Jai created a mythic sound the likes hadn’t been heard anywhere, let alone Rayners Lane.

“100,000”'s lazy drum hit still shakes like a cannon. “All Night” is still the dense, sizzling slow jam. “Good Time”, even without the Harry Potter sample of Remus Lupin transforming into a werewolf, is a blistering 27 seconds of feel-good riffage. And the album still ends where it all started. “BSTU”. More than ten years since Jai first spoke “I know I’ve been gone a long time… I’m back and I want what is mine”. Never have the words sounded so sweet.

But it’s clear from Jai’s recent statement that this release is not easy for him. That the record is not how he wanted his music to be heard. That the leak impacted on his mental wellbeing to such an extent that it was responsible for his hiatus and subsequent retreat from music. Which means what I celebrate here isn’t celebrated by him, and that feels uncomfortable. But by coming to terms with the past and allowing its release, Jai has allowed fans new and old to come together over this music; music that sent huge ripples round the internet, to many of today’s greatest artists. In 2013 we lost sight of Jai Paul, but we gained this perfect, imperfect record. And as Jai says, we cannot put that shit back in the box. So it seems best to just celebrate what is one of the great records of the decade, finally available to everyone.

And now he’s back anyway, thank fuck. Here’s hoping he’s back for a long time. Music needs him too much.