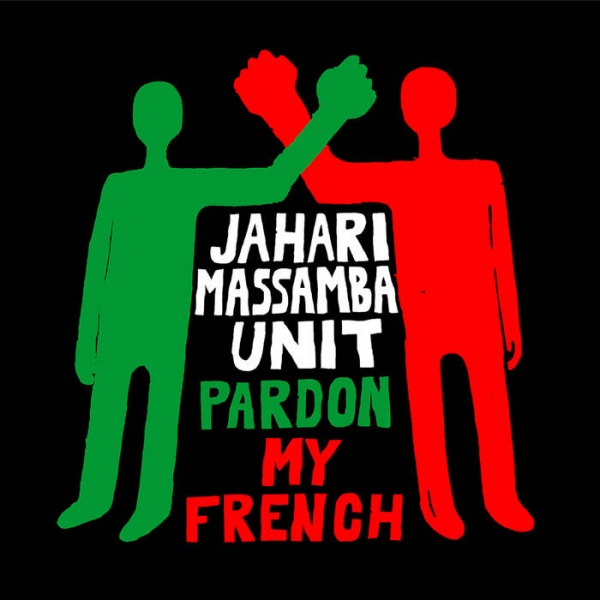 Arriving straight from the melting minds of DJ, producer and MC Madlib - who’s once more delving into his learned skills of jazz - and drummer/producer Karriem Riggins comes an expressive jazz tour de force wherein Pardon My French relinquishes all control on the search for a cathartic experience.

Its introduction seems to be a chaotic doorway through to a simultaneously complex yet simple network of rooms, each designed to deliver something different while coherent coming to offer an escape.

Strangely enough, for thirteen tracks of jazz music of the most free-flowing order - reaching into the past and at once pulling from the future - it passes incredibly quickly. Each moment strings together, defying any negative jazz connotations - particularly from the opening crash and tumbling percussion and fluttering horns of “Je Prendrai Le Romanée-Conti (Putain De Leroy)” - the access might seem difficult at first but the reward comes in

Predominantly instrumental, the one true semblance of vocals that appears comes on “Deux Fakes Jayers (Aussi Pour Le Riche Enculé)” courtesy of a recording of Jackie Earley’s poem “1,968 Winters” - a powerful celebration of all things black in a predominantly white world. While the rest of the sounds come from a deft construct of Riggins drums and Madlib's horns, and other fluttering musical spiels, along with the occasional natural sound - be it an airy voice, or sporadic noises creating a fourth dimension.

If you don't happen to be an ardent jazz listener, then truly persevering through the chaos may seem a struggle, but once you reach the deftly celebratory closing “Hommage À La Vielle Garde (Pour Lafarge Et Rinaldi)”, filled with its melodic aspersion, that lets the newly found peace from the process before it reignites the strength to carry on. “Trou Du Cul (Ode Au Sommelier Arrogant)” is based around a hypnotic trance-like determination. Perfectly portraying the might of Riggins’ drum skills, simultaneously you’re in awe of the consistent rhythm while at once wondering just how where the extreme's of the Jahari Massamba Unit lie.

As easily a casual listen as it can be focused one - just to see what emerges through the darting, playful, and long-limbed majesty - Pardon My French is an endless offering. Combining both an exorcism of the mind, and an understanding of the true, free nature of jazz, Madlib and Riggins are both students and teachers in this effortlessly cool and relaxed project which feels free, never aimless, but always open to a swift change in direction.