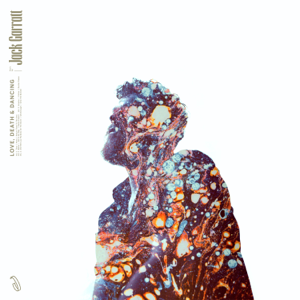 Somewhere towards the end of 2016, at the end of what to many might have seemed like an incredible year, Jack Garratt hit a devastating low.

Winning both the BBC Sound of... poll and Brits Critics Choice (now known as the Rising Star) in the same year, a feat that at the time had to be compared to Adele, Ellie Goulding and Sam Smith, who had all achieved this previously, put him on more of a throne than a pedestal. But comparisons are damaging.

Garratt’s second album, Love, Death and Dancing, is the tale of what happened between then and now, in every brutal, excruciating detail. There are songs that take your breath away through their production. A level of production that effortlessly and effectively sways between a manic energy and euphonious beauty. Garratt’s musical talent and eye for a sensational pop melody has only strengthened. First single “Time” felt like an anthemic return upon first release, a subtle grandeur to ease Garratt in that also sits well in the track nine placement of the finished product. Follow-up single “Better” acts as the beating heart of the party, a track to dance to and one that bleeds light and embraces life.

There are other songs that take your breath away by the sheer gravitas of their words. “Doctor Please” tells of feeling like a burden, narrated by the gut-punching lyrics “If home is where the heart is / mine needs repair / the wood beams are unstable / there’s smoke in the air”. Meanwhile, “Mara”, based on the story told in Buddhism of the demon of the death, coincides with his own openness about his mental health and not letting his personal demons defeat him. “She Will Lay Me Down On The Stone” is a dark letter to death to look after his wife when he goes, but is the only song on the album with a resolution, concluded by the lyrics “I’m begging you to let me stay here / I still have many years to know”.