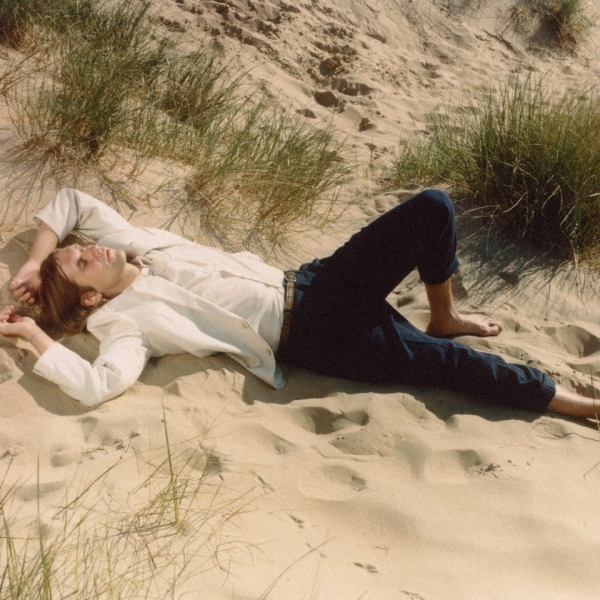 The cover of Jaakko Eino Kalevi’s fifth album Out of Touch is a stylised encapsulation of rest and recuperation: the Finnish singer-songwriter-multi-instrumentalist stretches his long limbs over a patch of sand, hands thrown above head in choreographed imitation of relaxation. The accompanying ten tracks sustain this mood, taking stylistic cues from easy-listening, yacht-rock and jazz. The album aims for an arch, plastic rendering of carefree cool.

There’s always been an appealingly odd corniness to Kalevi’s music, but Out of Touch lacks the bite present on previous records. This easy-listening schtick makes sense with the backstory of the record – that millennial classic of switching off your phone in favour of “real” human interaction – but it suffers when stretched over a 40 minute set. A smooth, bland sheen coats the entire thing, and on most of the tracks Kalevi’s vocals are incomprehensible.

First single “Emotions in Motion” is a standout: its kooky, aloof charm is matched with discernable lyrics, and a hook that much of the record lacks. The blissed-out synths of “This World” and “Outside” would be welcome downtime amongst punchier surrounds. The outright corniness of some of the tracks – the steel drums of “Night Chef”, the softened yacht-rock of “Conceptual Mediterranean (Part 1)” – test the listener’s patience. Ultimately the purposeful superficiality of Out of Touch renders it inessential.