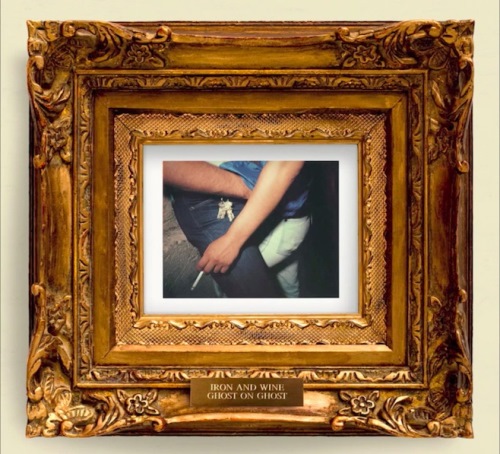 For many people, Sam Beam’s music is still sat on the rickety old rocking chair on the porch of the imaginary remote backwoods cabin where the first two Iron & Wine albums – 2002’s The Creek Drank the Cradle and Our Endless Numbered Days (2004) – seemed to reside.

In reality, the songwriter ditched the solitary mission to blend the softly spoken melancholy of Nick Drake with the mystical undercurrents of vintage American folk-blues tradition that characterised his early output a long time ago. Iron & Wine’s sound has been fleshed out and messed around with ever since 2005’s Woman King EP. As strong as 2007’s The Shepherd’s Dog and 2011’s Kiss Each Other Clean were (the former’s desert sand-kicking mesh-up of Americana templates is particularly rousing stuff), though, it could be argued that Beam has never quite managed to catch the fearless creativity that fuels the radical transformations his tunes are subjected to on stage within the confines of a recording studio.

Until now. Ghost on Ghost more than matches the exciting unpredictability of Iron & Wine’s recent live shows. At first, the onslaught of ideas seems almost exhausting. The opener ‘Caught in the Briars’ skids recklessly through a near-disorientating array of motifs and riffs – some free jazz to kick off with, followed by a few licks of West African-style guitar, then some rustic country-funk related to The Band – in just over three minutes. Likewise, the wistfully beautiful ‘Desert Babbler’ packs enough melodic hooks to sustain several standard-issue songs. The virtuoso concluding trio of ‘New Mexico’s No Breeze’, ‘Lovers’ Revolution’ and ‘Baby Center Stage’ glides from smooth yet rhythmically robust soft-rock via tempo-hopping – but richly melodic – freak-jazz to a bittersweet anthem that will keep fans of ‘Flightless Bird, American Mouth’ warm through this uncommonly cold Spring.

Keep listening, though: Ghost on Ghost soon kicks into glorious focus. The wide variety of instrumentation – at times, you’d half-expect an actual kitchen sink to join the ranks of percussion – and musical references are certainly not deployed to distract from insubstantial songwriting. A culmination and purification (there’s more directness to the storytelling and emotions expressed here than ever before) of Beam’s ballads/beats songwriting modes, the fifth Iron & Wine album quickly starts to resemble a greatest hits compilation on one new album. Abundant as they are, the ambitious arrangements never slip into self-indulgence. Although ‘Low Light Buddy of Mine’ and ‘Singers and the Endless Song’ seem to star a harpsichord alongside more standard issue pedal steel, brass and choir, they’re essentially elemental duets for the rhythm section, the other instruments only momentarily distracting from bass-and-drums worship worthy of classic reggae, highlighting just what a deeply – to resort to cliché – funky album this is.

The breathtaking, woozy ‘Joy’ sidelines ornamentations in order to celebrate the expressive potential of human voice. As Beam slurs and cracks his vocal in the style of John Martyn before multi-tracking a choir to send out piercing heaven-bound falsetto notes worthy of a soul great, the bygone days of murmured camp-side confessionals seem like ancient history. That the new stuff doesn’t make you pine for the comforting certainties of early solo classics à la ‘Naked as We Came’ at all is a sign of just what a successful evolution Ghost on Ghost is.