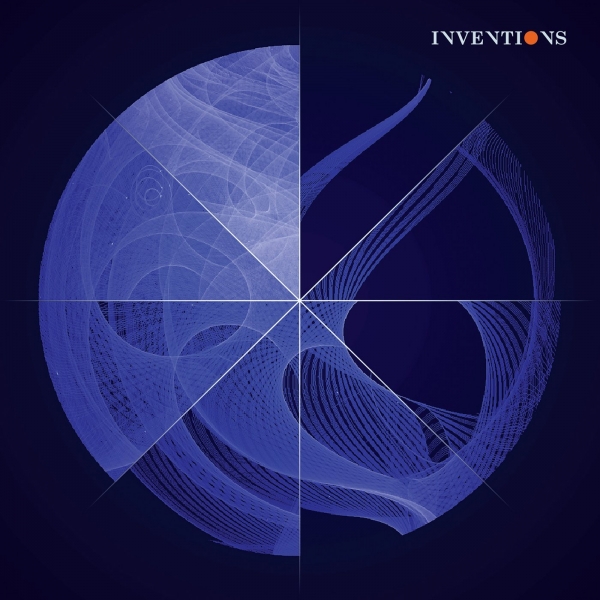 Sleep’s Jerusalem, Mike Oldfield’s Tubular Bells, Jean Michel Jarre’s Oxygene and, to a lesser extent, Pink Floyd’s Dark Side Of The Moon and Ozric Tentacles’ Jurassic Shift. These are all albums whose tracks remain emotionally welded together, no matter how many attempts are made to pull them asunder. Those who harbour a strong passion for long-players of this ilk will glory in the birth of Inventions whose debut demands instantaneous full exposure.

Having previously stuck rigidly to their own bodies of work, there was always the fear that neither Explosions In The Sky’s Mark T. Smith or Matthew Cooper, the sole member of Eluvium, sending audio tapes across the heart of the U.S., would bring a cohesive series of fresh sounds to the table and, to some extent, their music does touch base with their past bands. However, there can be no doubt that as a united force they have also revelled in the freedom this new project has granted them. Consequently, they have created an instrumental album of the most beautiful, minimalist, ambient rock music that resonates at a completely different frequency from all that has gone before.

Yawning into life, the aptly-titled “Echo Tropism” tugs gently at your sleeve; its soft flow pulling you into a sculptured world where joyous emotion soaks into the flora and resounds along currents that circulate around your still form. Drifting through the tracks, breathy vocalisations begin to create harmonics that rise through the richly-layered subsonics. The spartan, often crunching, percussive elements keep the whole locked into a central spine so that as the synthetic patterns stretch, in the main, they remain integrated and vital to the whole.

Softly throbbing industrial machinations thread their way through tracks like “Entity” and “Psychic Automation”, the former pitching a subversively robotic burble into a series of pressure-releasing industrial pistons that curse as they snort and hiss their disapproval. The one track that wincingly tries to break rank is the coiled snake and bustling city soundscape of “Sun Locations / Sun Coda” which, curiously, assimilates elements of trance music. Happily, the ambient post-rock of “Peacable Child” reasserts the flow by slotting a pitter-patter arpeggio beneath a warping synth to create rotational drag. The remarkable effect is not unlike rhythmically cupping and uncupping your ears; possibly, whilst staring at a tank of bioluminescent jellyfish.

Constantly shifting, there is an astonishing organic flow to the album and to force unwieldy terms like electronica or shoegaze upon this collection would seem crass. It does touch base with the genres at several points during its life-cycle, yet the focus remains rooted to the emotional impact it has. Flooded with the same warm tones that emerged from Isis / Deftones collaborative project Palms’ debut and imbued with similar instrumental pressure points to those of The Ocean’s Pelagial and Uneven Structure’s Februus, this pulsating album positively glows. Make time for this single-sitting long-player and you will be rewarded.