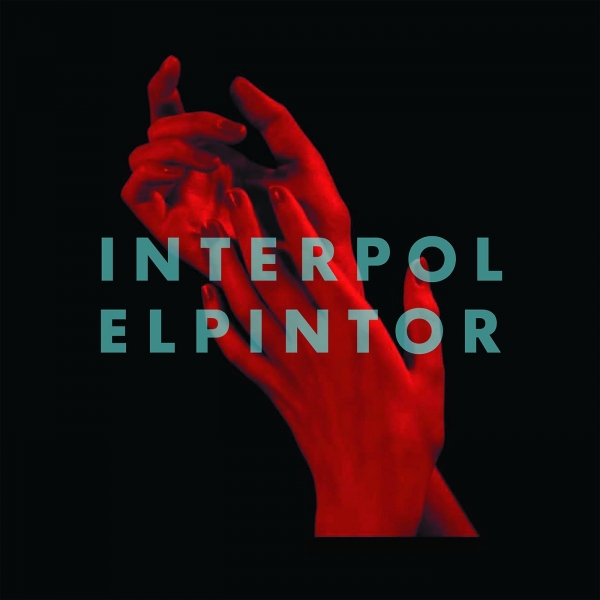 this is one deep breath.

El Pintor is immediately as comfortable and as welcome as a threadbare and favourite jumper but it only takes one entire and single minute to hear a new, renewed aerated energy to the band. One beat in and Paul Banks’ voice immediately becomes the anchor, with a lone guitar circling around, both laying the foundations of what you later cannot shake. As “All the Rage Back Home” builds, it’s all in the detail that reels you in.

There still remains an irresistible lilt, regularly punctuated with razor sharp guitar. With more competing factors now, the different speeds of different streams all tumble together in the current - colder water sinking and the warmth bubbling to the top.

This is the fifth album from the now three-strong Interpol team. Bassist Carlos D is missed in some parts, but it mostly just feels right, for now. It’s the weight that feels different. As ever, they handle each change of pace with ease – pulling you in slowly and releasing. Throughout, the refreshed use of light and dark is notable and works. There is contrast and there is colour.

Nestled around half way into El Pintour is the perfect pair in “Same Town New Story” and “My Blue Supreme”, where the weight lifts to marry with a new breeze. While distinct in texture they both have a firm grip on a handful of heartstrings and pull at them wildly. In the dips and the ducks of “Same Town New Story”, as Banks’ sings “It feels like the whole world…it feels like the whole world…is coming down on me”, it strikes as very self-aware.

“My Blue Supreme” is seasoned in a different way than usual and is irresistible as it falls and pulls back, with a pace that grows, calling: “When love comes, honey, take it. Only one in 100 make it… There’s something that I’m dying to be…” It cuts to the quick: the simplicity of that part of the human condition where love makes us as weak as it does strong – tapping into that desire, that peacocking, those chances – everything that just glosses over how simple it is, really. It’s as mesmerizing as it is standout, with crucial pauses to catch your breath.

More free, more full, more frank. It’s lighter, this record, and it feels like this was always who Interpol really were. Stepping out of shadows of comparison and contrast, however fair and accurate, into a light all their own – making and mastered. Even Banks’ voice - gorgeously taught and as deeply pitched as ever - is airier, and yet still thick over everything, like a perfect caramel. Brown sugar bubbles, crystals form at the edges, and the smoke and the smolder from a small patch of scorched molten sweetness pricks through.

“Tidal Wave”, in the penultimate spot showcases the range on this record as it melts into the slower, more thoughtful “Twice As Hard”. Not simply a difference in pace but in structure, in heart and in the very design. Like the title of this record, this is Interpol as ever, just in a different arrangement. It only takes half the time of a game of (decent) sport to get from beginning to end, and yet it covers so much. Its pithiness is its perfection.

It’s dense. It’s hard. It’s easy. It’s a fresh new face and an old friend. As ever, it’s the deepest colours on the palette, but in all that classic darkness there is a new light shining – bright lights back on.