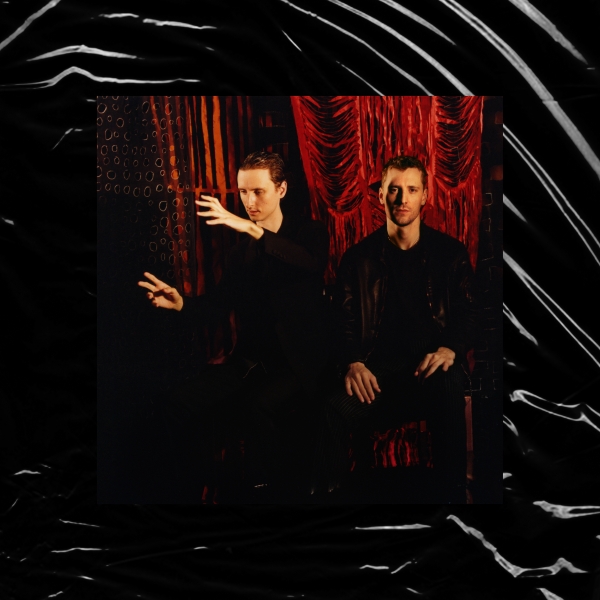 On “Infinity Vibraphones”, Inside The Rose’s graceful opener, Jack Barnett sings of “an addiction to the impossible” - a grandly ambiguous statement full of aspiration and intent.

It is however a statement that could also be used to characterise These New Puritans’ approach to creation. Perennially challenging themselves, let alone their audience, These New Puritans remain as ambitious, fearless and breathtaking as before on their fourth studio record..

Inside The Rose sonically stands proudly between 2010’s Hidden and 2013’s Field Of Reeds. The avant-garde experimentation, insular reflection and pastoral imagery of Field of Reeds frequently coalesces with muscular, industrial instrumentation, which recalls the imperial march of Hidden.

This mid-point finds siblings Jack and George Barnett (now creating as a two-piece) elegantly intertwining operatic and electronic elements. The electronic arrangements, in particular, found on Inside The Rose are reminiscent of the work of Oneohtrix Point Never. “A-R-P”, for example, showcases electronic arpeggios, foreboding drums and siren-like synthesisers, which would not go amiss on Daniel Lopatin’s excellent Good Time soundtrack.

The powerful fusion of the electronic and the classical crucially allows the brothers to lightly grasp the hands of their listener, and guide them through dreamscapes of cosmic beauty, searing light and haunting darkness.

The record’s vivid imagery is most prominent on its majestic, apocalyptic centrepiece, “Where The Trees Are On Fire”. Reportedly adapted from Jack Barnett’s dream, it is an elegiac lullaby that leaves an indelible imprint on the soul. Its repeated mantra amongst resplendent instrumentation beguiles the listener, before Barnett menacingly whispers, “this is where your dreams come true / your nightmares too”.

This concept of dreams is explored on numerous occasions throughout Inside The Rose. It is particularly apt, as much of the record itself unfurls like a dream. In the dreaming process we regularly accept the manifest content presented. We acquiesce to the tangential and the surreal, as characters arrive without introduction or novel landscapes emerge without any journey occurring. Similarly on Inside The Rose, obscure musical tangents blossom unannounced, recurrently overwhelming the listener with lyrical deception and sonic juxtaposition.

“Beyond Black Suns” for instance, initially hypnotises with nursery rhyme-inspired vocals as Barnett proclaims, “this is a fire you can’t put out” amongst samples of smashed glass. Its barren, nocturnal landscape then later gives way to brilliant light as it luxuriates in gamine vocals and operatic textures. Likewise, “Inside The Rose” presents an ethereal journey through darkness and light. Fibrillating bass drums and pulsating bass stabs act as flashes of light through dense fog before airy snares and beautiful pianos clear the air, and soundtrack Barnett’s apparent descent into oblivion.

Although there is a phantasmagorical beauty to much of the music presented on Inside the Rose, Jack Barnett’s voice poignantly possesses a human ugliness. There is a fragility and a humanity that serves as a counterpoint the grand instrumentation found. Although seemingly always at the point of fracture, Barnett cleverly uses his voice as a malleable instrument. He croons longingly on “A-R-P”, bites furiously on “Into The Fire” and whispers intriguingly on “Infinity Vibraphones”.

Amidst the record's illusory experimentation, found on the likes of “Six” (which brims with angelic vocals and clipped, reversed samples), These New Puritans manage to maintain an immediacy to their songwriting, taking cues from traditional pop structures. Lead single “Into The Fire”, bludgeons with complex rhythms and howling synthesisers. "Anti-Gravity", striking with its opening lyrical blows and tribal drums, likewise lingers in the mind of the listener with its catchy chorus vocal melody.

During the recording of Inside The Rose, the siblings were continually propelled by the phrase, “why dream backwards, when you can dream forwards?” By dreaming forwards, These New Puritans have created a piece of art that is strikingly modern yet simultaneously timeless. In their quest for innovation, they have created a ravishing dream. Inside The Rose is a record to wholeheartedly lose oneself in. So in the words of Jack Barnett on "Anti-Gravity": “let’s get lost together”.