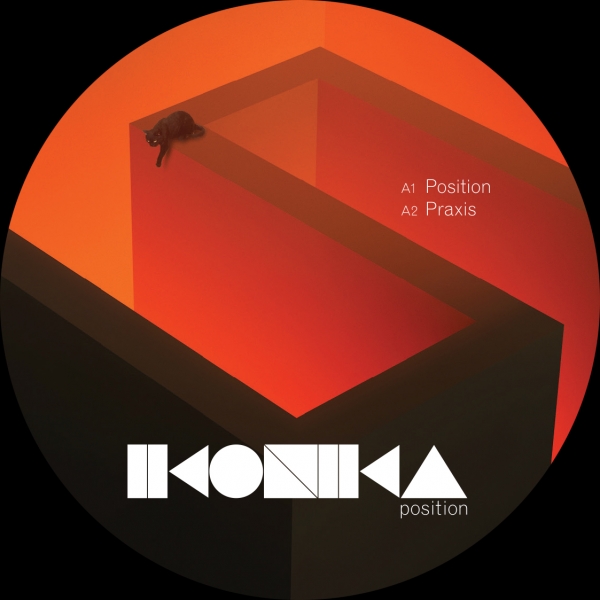 Listening to London-based DJ Iknonika‘s Position first thing in the morning and on the way to work, no less, will replace your need for a coffee instantly. Pure unleaded club music, the bass-heavy and puslating new four track release moves away from the grime and dubstep leanings found on her debut LP Contact, Love, Want, Have and looks to fresh new influences. A focus on melody, synths, and classic old school sounds has Position confidently, and brilliantly, pushing the boundaries of her previous work.

The EP opens with “Position”, an injection of heavy kicks, synths, and hard 80s drum sounds melded around an abrupt male vocalist keeping to the beat. “Praxis”, on the other hand, is slower and melodic, harkening back to her earlier arcade-style bleeps and dupstep vibes. A lesson in dynamics and tension, “Strawberry Underlay” takes you into a psychedelic trance with digi-esque beats and tight old school drum patterns that stop and start, giving the track a 3D texture and sensibility. The record closes with “Wakeup Sequence”, a take on an Atari game with bubbling arpeggios, funky melodies and a distorted guitar re-imagined for a modern age.

Naturally, after the four new original tracks we’re presented with some stellar remixes. First up is techno auteur Perc who takes the slow, crescendoing “Mega Church” from Iknonika’s 2013 release Aerotropolis and distorts it every possible which way. The final two remixes see the DJ herself and Alex Deamonds remixing “You Won’t Find it Here” under two different guises: her’s bigger and more angular, his rough, boxy and more radical with Chicago house foundations.

You can’t find much at fault with anything on Position. Ikonika certainly knows her stance.