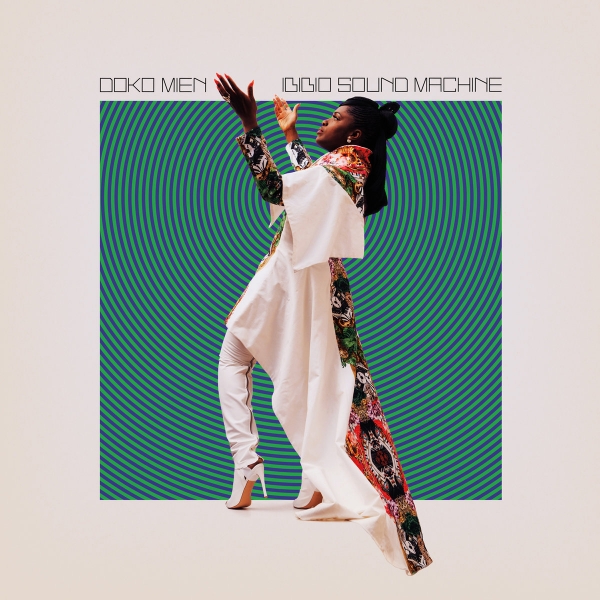 They proved as much with their break-out second album Uyai in 2014. At times manic, but always enthralling, it seamlessly blended what are fairly disparate styles – funk, afrobeat, disco, electro – into an utterly distinctive fusion. But dabbling in so many different genres could be a danger. Bands with a lesser conviction to their vision, inspired as much by African rhythms and sounds as modern post-punk and electro, might’ve muddied their own identity, coming off as a sort of Frankenstein’s Monster of a group, unclear as to who they themselves actually are. But this eight-piece from London know exactly who they are, and they seem to have found a groove that not only makes them an even funkier proposition with album number three, but it makes them easier to digest too.

The electro aspect, which was so prominent on Uyai, has been toned down. It’s no longer embodied by laser beams shooting through the percussive rhythms, but instead sits underneath things, as in “Tell Me (Doko Mien)”, “I Will Run”, and “She Work Very Hard”, imbuing the tracks with a soft strobe-light effect, keeping them in perpetual motion. Elswhere, basslines are slapped – especially so on “Wanna Come Down” – and the brass is big and bold: in “Just Go Forward (Ka I So))” it could be being played by hundreds of people, such is its collective punch. And all the while, singer Eno Williams, the glue that holds all the parts together, flicks from sultry soul-singer – the slow-burning “I Know That You’re Thinking About Me” is an album highlight – to bubbly shamaness effortlessly.

On Uyai, the band’s collective mind zipped around like a pinball. There were times when their wild forays, fuelled by their unbridled energy, became a bit much, and slightly sizzled the brain. A few years later and it’s a slightly different prospect. If Uyai was Ibibio Sound Machine darting breathlessly from one sonic landscape to the next, Doko Mien is the band with a more focused approach and a sharpened sound, one that takes the best elements of their inimitable stylistic cocktail, and stamps it with a striking vibrancy and irresistible funk.