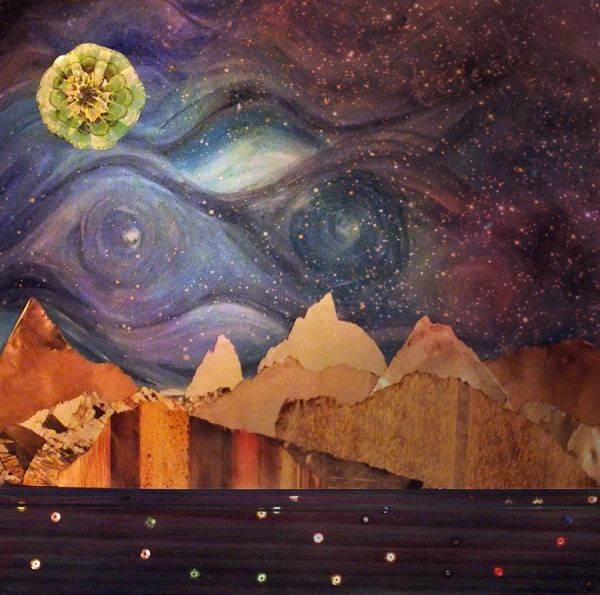 Bringing something entirely experimental to the mix, psychedelic trio Hypnotized are an offering from Brighton’s Love Thy Neighbour label, the people behind art school band Us Baby Bear Bones and songstress Abi Wade.

Founded by Daniel Copeman from Esben and the Witch, the label is unsurprisingly becoming a seeding ground for the south coast avant garde, and with Hypnotized’s new EP Telesto, it’s clear to see why the band fall firmly into the fold.

A five track journey into the far flung corners of electronic experimentation, Telesto is a colossal amalgamation of mutated sounds and layered distortion which echo rhythmically at every turn. Named after one of Saturn’s smooth moons, there are distinctive overtones of sci-fi woven throughout the EP (what’s more, the band in turn take their name from a Spacemen 3 track).

From the fuzzy and jangling electronics on opener “Thawed” to the soft pulsing beat of six-minute epic “Vanity of Names”, Hypontized show they’re unafraid to step into the unknown, trying on different equipment and quirks for size as they go. From all accounts their live shows blur the boundaries between music and art, bringing visuals and costumes into their performances but the warm disjointed harmonies on ‘Hylia’ suggests there will be something more than just gimmick lurking within their concept.

Jagged in places, Hypnotized have a rawness that only adds to their intrigue – distortion lies in the heart of what they do. Collaged recordings from their live shows go further, adding another dimension to a band who could seriously surely disrupt the continuum.