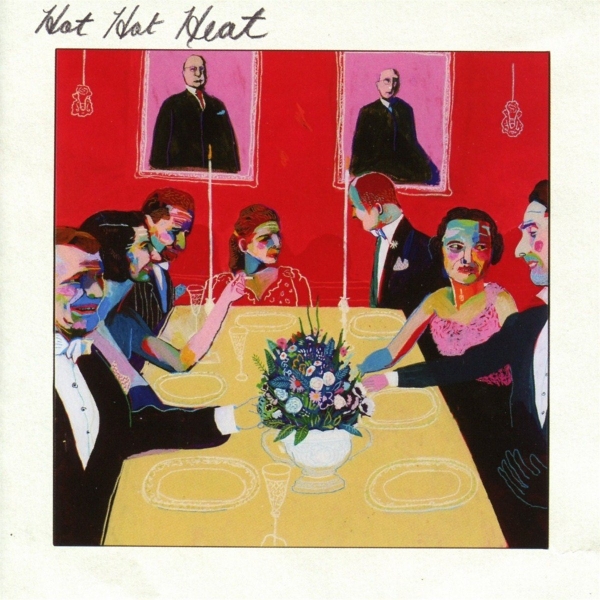 Everyone enjoyed the self-deprecating humour of #indieamnesty, in which artists, writers and fans alike confessed to taking the mid-noughties indie scene a little too seriously. For all the pretenders, scenesters and NME-baiters who defined the movement - which began in 2001 with Is This It? and imploded around the time Oasis split in 2009 - some acts associated with the garage rock revival perhaps deserved to be better remembered.

Hot Hot Heat's career blossomed after signing to Sub Pop and in 2003 their single “Bandages” became a bona fide dancefloor filler and mainstream radio hit. Whilst they failed to make the inroads into the public consciousness many expected after the relative success of debut release Make Up The Breakdown, there's evidence on their latest (and supposedly final) album that Hot Hot Heat deserve to be remembered not as a throwaway indie landfill band but genuine contenders who fell by the wayside.

Opener “Kid Who Stays in the Picture” is a catchy, accomplished slice of alt-rock and isn't the only highlight of an album which, on a handful of tracks, truly impresses. “Pulling Levers” offers an interesting reflection on how someone's personality can drastically change, whilst “Mayor Of The City”’s punchy synths and electronic touches accompany some excellent guitar licks really nicely.

Unfortunately, these are just the rare moments where all of Hot Hot Heat’s many ideas come together. Electronic, psychedelic and dance elements are littered across the rest of the album with many of the tracks feeling over-complicated. Too often there’s simply a lack of focus to the songs on this album, which would have benefitted from keeping things a lot more simple and in line with The Strokes’ indie rulebook.

The clumsily delivered quick-fire vocals of “Modern Mind” may suggest Hot Hot Heat never had the frontman to remain relevant after 2009, but in truth the whole band are at fault on a record rife with sloppy uninspired instrumentation.

And so, the once well-fancied Canadian outfit call time on a career with a patchy effort which, despite a few strong cuts, ultimately disappoints.