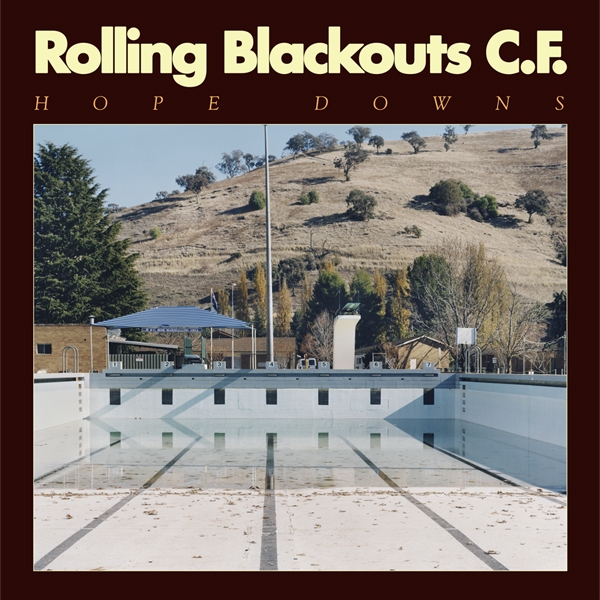 When Rolling Blackouts Coastal Fever released ‘’Talking Straight’’ earlier this year, you just knew these guys had something going for them.

Easily one of the best singles of 2018 so far, its direct indie/punk/country amalgamation hitting you right to the core. And it isn’t the first time these guys have done it. 2017’s The French Press in particular showcased the band’s knack for a tune, with tracks "Sick Bug’’, "Colours Run’’ and "Dig Up’’ notable highlights.

Thankfully, Hope Downs continues in the same style, at times recalling both the noodling post-punk of Television and the country/indie vibe of Deer Tick and Horse Thief. The singer/guitarist trio of Fran Keaney, Tom Russo, and Joe White are a front three to be reckoned with, sharing singing duties while exploring a rich palette of sounds. "Talking Straight’’ is a standout, though "Time in Common’’ and "Exclusive Grave’’ are also prime examples of the "guitar pop songs with bits of punk and country’’ Keaney has accurately described as the band’s signature style.

Despite occasional nods to wider issues, Hope Downs is very much a local record. Various references to specific places and moments in time, as well as the title, which is the name of an open cut mine in the middle of Australia, roots the album in their home country. It’s when this localisation and their experiences are expressed most vividly that Rolling Blackouts Coastal Fever are at their most engaging.

"Time in Common’’ in particular is a wonderful track discussing the actuality of time passing and its implications, whereas the specific memory of the "church at six’’ and trees lining the avenue on "An Air Conditioned Man’’ emphasise the notion of a local experience. Elsewhere, "How Long?’’ is as simple as it gets on the record, a lovely piece proving the band don’t have to make it complicated to make it work.

Not everything on Hope Downs impresses, as tracks such as "Sister’s Jeans’’ and "The Hammer’’ fail to recount the warmth and vivid storytelling found on the rest of the album. Regardless, Hope Downs is a record that sounds like it was made in the Australian bush, and it’s when this sense of local experience is presented most effectively that it really starts to shine.