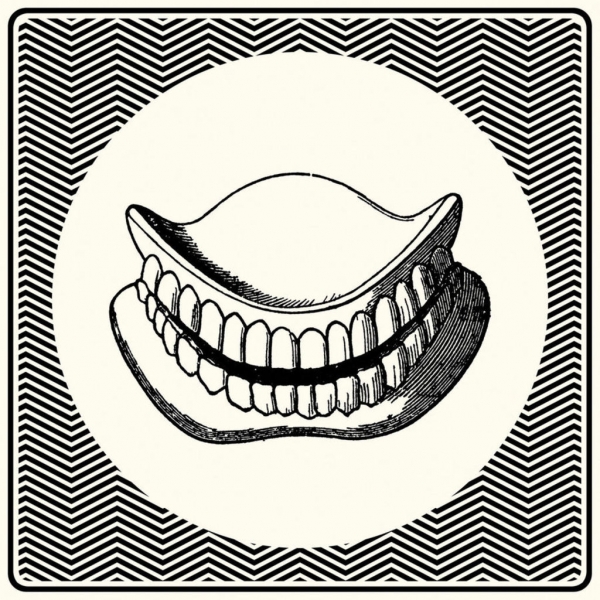 Leeds five piece Hookworms’ debut of eighteen months ago quite rightly had many plaudits lauded upon it, for within its mixture of drone, shoegaze, psych, hardcore and post punk, there lied a furious rage lost within the structure of pop music. The subsequent months since said debut have seen them turn into one of the UK’s must see live acts, and with their second long player, their first for Domino Records offshoot Weird World, they seal the deal in recorded form.

Band members are still only known only by their initials, an anti-attention, anti-star stance that's a typically Leeds attitude, and Hookworms are a very Leeds band: feel free to get involved, but don’t be a dick… you have to be from there to understand.

Musically, there's not much deviation from what came before, in that it’s another album crammed with great tracks. “The Impasse” is a furious opener - forget the vagueness of psych, this is the most upfront ‘fuck you’ opening track since “Facet Squared” by Fugazi (Fugazi’s musical aggression certainly being evident during the harder hitting tracks here), a musical rage is topped off with MJ's howling heavily processed vocals, which are, again, almost indecipherable throughout, showing the collaborative approach of a band acting as one, not a lead singer backed by a band.

“On Leaving”, which follows, immediately slows the pace from fury to hypnotic. With a Stereolab-influenced keyboard drone, eastern influenced guitars, it’s the direct opposite of the tune that preceded it, displaying Hookworms at their most melodic. Halfway through MJ muses "Start figuring it out/Nothing stays the same" over an inevitable guitar crunch followed by a gorgeous build up to an epic outro.

“Radio Tokyo”, originally released as a single on Too Pure last year, has been re-recorded and vastly improved. Starting off as a Loop goes pop track, the real thrill is when it breaks down to a one note piano line (almost designed to be extended by another three minutes live), and a creepy spoken word passage where MJ repeats "It’s true/Nostalga digs me out" over and over until it kicks back in and thrashes itself to death.

The Hum is claustrophobic and unrelenting. Even its one moment of true calm, “Off Screen” - which takes its cue from early Verve and Levitation B-sides from 1992 - is covered in a stifling musical scuzz. The skill of the band means there’s still a beauty shimmering beneath the fug, and it’s placed at the perfect point of the album where a moment of calm is desperately needed.

Hookworms have now proved for a second time that you can find beauty within the sound of confusion, and you can be psychedelic and danceable at the same time (the groove based “Beginners” is certainly designed to lose one's shit to). As was the case with their debut, there are also three short drone tracks - a clever way of making sure that the momentum isn’t lost, there is always the sound (“vi” is a particularly effective way of segueing out of “Off Screen”). These moments could be dismissed as filler, but no way - even if the noise annoys, it’s integral in the same way it was on Spiritualized's Pure Phase. There’s a reason for its inclusion, but if the band gave us any hints, it would probably just be the first letter of each word.

The Hum is a shattering, all-encompassing experience; there's climactic rage, broken organs and blank-eyed trance outs. At times it’s like listening to war, but there are also moments of beauty, musical tantrums and periods of bummed out weirdness. The result of all this? Total exhilaration.