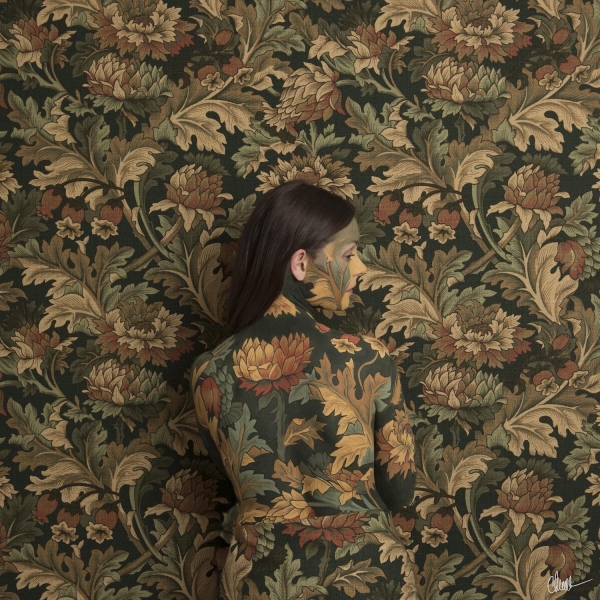 It’s not clear why, on the release of her third album, Stina Tweeddale’s Honeyblood hasn’t garnered the same level of recognition as plenty of outfits hovering around the same punk/rock/indie intersection.

Her tracks – often blisteringly anthemic – demonstrate an understanding of the medium that others often lack, with Tweeddale refreshingly unafraid to modernize whilst paying clear homage to the sounds and themes of '90s Riot Grrrl.

Whilst drummer Cat Myers disappeared on tour with Mogwai, Tweeddale found her creative juices overflowing. Penning over 30 demos with no additional input, In Plain Sight began to take shape as an uncompromising solo endeavour. Lead single “The Third Degree” saw Tweeddale square up to a “shithead ex”, but it could just as easily be taken out of a romantic context. Chorus lyric “it used to be all about you / but now you’re out of my view” maps onto Honeyblood’s new incarnation as a solo project: Tweeddale’s striking out alone, and she’s doing just fine.

These solo sensibilities were intentionally retained across the board, with only producer John Congleton brought onboard to help Tweeddale realise the enormity of the sound she was courting. The resulting LP is a record that sonically dwarfs its predecessors, boasting a sound bigger and more fearless than ever before. There’s experimentation to great effect, with “Touch” and “You’re A Trick” embracing synths in a way the previous guitar/drums set up could never allow.

Recorded around Halloween of last year, there’s a malevolence that bubbles beneath In Plain Sight’s scuzzy guitars that’s unlike anything we’ve yet heard from Honeyblood. Singles “She’s A Nightmare” and “Glimmer” go heavy on the paranormal imagery, but eerie undertones also shine through more subtly on “A Kiss From The Devil”, “Touch”, and “You’re A Trick”. These tracks manifest a recurrent Lana Del Rey-esque character of the bad boy’s tortured partner, who evokes themes of suffering and sacrifice far more harrowing than any witch's hex.

In Plain Sight’s greatest weakness is its refusal to abandon the obvious and lean fully into the successful realisation of its more experimental moments. Opener “She’s A Nightmare” tells the phenomenal story of a woman who haunted – and tried to strangle – Tweeddale when she returned home after years of touring her previous record. The subject matter is as horrifying as it is fantastical, but there’s little progression from Honeyblood’s earlier sound, and its malice falls flat when backed with cutesy staccato strings.

Despite this, the record’s highlights show the scope of Tweedale’s ability to far greater effect than these safer players. Unlike anything else on In Plain Sight, “Twisting The Aces” plays with the gorgeous warmth of an acoustic guitar. “Gibberish” is a simple yet enormously effective Riot Grrrl sucker-punch, complete with crunchy guitar and a chanting chorus of backing vocals. “Tarantella” plays with contrast, lulling the listener into a false sense of security with a minimal, delicate verse before hitting you with an utterly monstrous chorus.

Whilst closer “Harmless” may struggle to hold interest to the closing bars, it’s worth sticking around for some of Tweeddale’s finest lyricism yet. “Someday I’ll get to be disgustingly happy,” she assures, over lilting piano and gentle multi-tracked backing vocals, “and I’ll stop searching for something to fight me.”