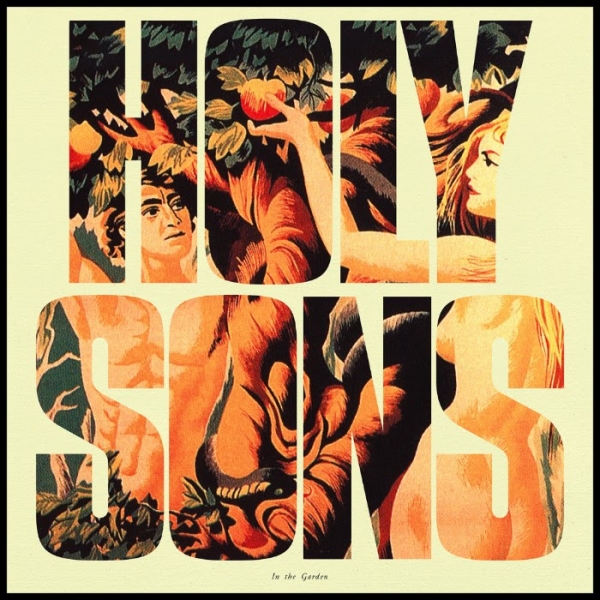 It isn’t very often that one can reasonably claim that a band or musician feels like they’re just getting started on their twelfth and thirteenth albums, but that is truly the kind of stride that Holy Sons have hit between Fall of Man last year and, now, In the Garden.

That thick catalogue doesn’t even include the shelf load of other records that Emil Amos has made with his three other bands, Grails, Lilacs & Champagne and Om, all of which he has stayed productive with throughout the past decade or longer. Putting out solo material as Holy Sons since Lost Decade in 2000, Amos’ artistic vision has cut a path that only hindsight could blur into an unbroken line. Still, since at least as far back as Decline of the West in 2005, his modernist obscuring tendencies rubbed up against an affinity with the rugged individual singer-songwriters of rock’s gilded age.

His experimental bona fides firmly established, Amos has smoothed the edges and mastered the fine details of his singular approach. Producer John Agnello (Dinosaur Jr., Sonic Youth, Kurt Vile) helped Amos go after ‘the sound of a classic ‘70s record’ while playing every instrument himself - a feat In The Garden largely achieves. The yearning guitar riff circling the stoned blues build-up of “Denmark”, the coiled rhythm section on “Behind Glass”, the warmth and momentum of “Robbed and Gifted”; all uncannily replicate the chemistry of a naturally unfolding jam session.

Amos’ appreciation of pop history’s deeper cuts shines on the album’s coup de grace, a cover of “It’s My Feeling”, originally recorded by Del Shannon in 1967 with Andrew Loog Oldham for an album, Home and Away, that wasn’t released until a remixed version came out in 1978 under a different title. Slowed down a step here, the arrangement strengthens the melody and the song glows with sincere sweetness. This is becoming habit for Holy Sons: finding peers in the past and sometimes even doing them one better.