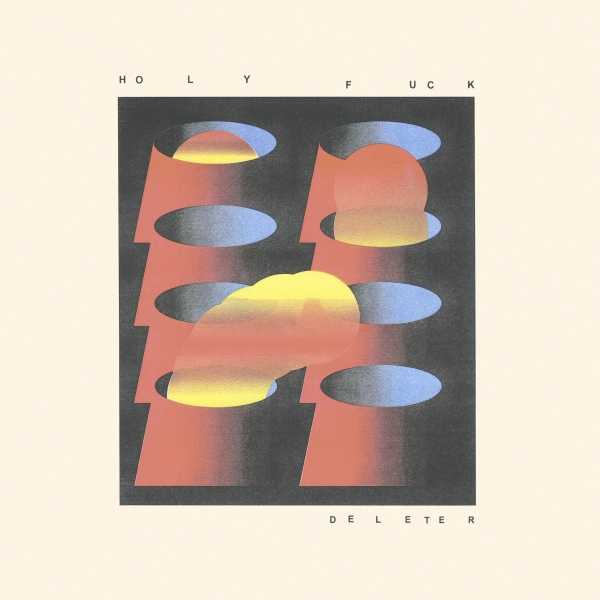 ​​Because of their name, or perhaps in spite of it, Holy Fuck have steadily matured and evolved since debuting in 2005 with an experimental and entertaining self-titled album of EDM. The releases that followed saw the Canadian band (seemingly) drift further away from where they began as time progressed. At this point, Holy Fuck more closely resembles a test run than a proper debut.

If you first discovered Holy Fuck at the outset, skipped a couple records, and then came back around 2016’s Congrats, it’d be a bit like watching the first season of Mr. Robot and then jumping ahead to the series finale to see how it ended. Sure, there’s a resemblance between the beginning and ending—in character(s), style, and tone—but you’d likely wonder how in the hell they got from there to here.

But if you stuck with it, or if you explored the music in between, there’s a logical progression at work. Their tighter (and a bit paranoid) sophomore album, 2007’s LP, saw the band sand down the edges and introduce trance and electro into their sound. 2010’s Latin took those new ingredients, added some dance-rock, and made it all arena-ready. On Congrats they returned to their original sound for a weekend visit in a more subdued and thoughtful manner, with some rave sonics in tow. In effect, with every record they treat their sound like an engine: they add, subtract, and repair so that it runs more smoothly than before.

The band’s fun and pretty new full-length, Deleter, continues this growth and expansion. To wit, it’s the album that least resembles their first. Most notably, Deleter has more vocals on it than the rest of HF’s catalogue combined, including guest spots from Liars founder Angus Andrew and Alexis Taylor of Hot Chip. It’s also their most album-oriented release. Individual songs like “Free Gloss” and “Near Mint” are superbly paced, with the high-low-high pattern acting as a microcosm of the entire record. As a result, Deleter unfolds like a series of lovely and hypnotic concentric spirals.

And as with their other post-debut collections, there are some hints of their early work here. A pair of late-album instrumentals, “No Error” and “San Sebastian,” retain the skuzzy and wonked-out vibe of Holy Fuck, but in a controlled, walled-off environment; interestingly, the latter is one of the weirdest songs yet from the band. This far removed from that record, however, those two feel more like a gentle wave to the band’s past than a return to it.

More importantly, though, that pair of tracks—or, really, any song from any record compared to their first—highlight the important distinction between making music and writing songs. Holy Fuck is a delightful and engaging album, but doesn’t represent what the band is now. How much mileage you get out of Deleter, then, rests largely on which iteration of the band you prefer. It’s not that they’re an entirely different entity from 2005. It’s just that they seemed to have (partially) moved on, at least in the studio. Maybe it’s fitting, then, that the first words you hear on Deleter sum up their continually fascinating transformation rather succinctly: “I’d like to scrap all of this / And start over again”.