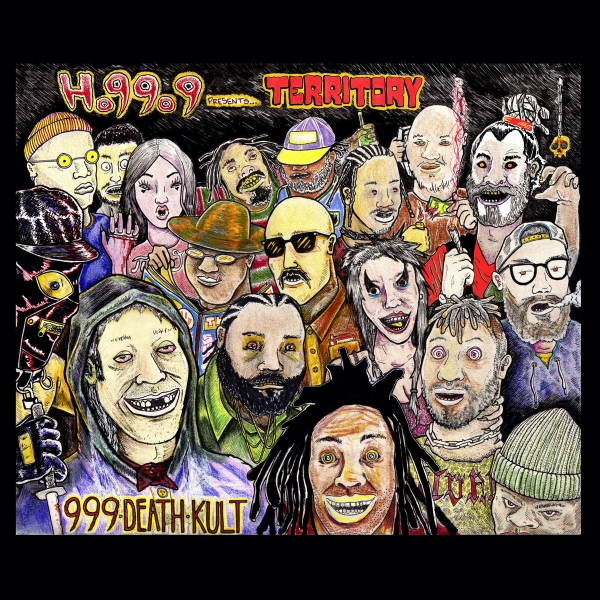 Influenced by Hip Hop crews like Wu-Tang Clan, Dip Set and G Unit and labels & collectives like Ruff Ryders, Rawkus, Roc a Fella and FlipMode Squad, the mixtape meshes the extensive talents of the band’s friends together with their trademark “no fucks given” attitude, and the result is a compilation that buzzes with the unique raucous energy of counter-culture.

“There's something powerful in moving as an army, as a unit, as a force,” explains Ho99o9’s theOGM, who produced the mixtape under his alias LilBooth. Alongside bandmate Eaddy aka Yeti Bones, theOGM rounded up an impressive list of international punk, rap and alternative minds to form an army of contributors for the record, including Nadya Tolokno from Russian activist group Pussy Riot, Nebraska-based leather Daddies PLACK BLAGUE and New Jersey’s Hoddy, the Young Jedi to name a few. Whilst the tracks ricochet between the genres of rap, trap, punk, electronic and industrial, they all bleed into one fully-fleshed musical body that pulses with a tenacious energy.

From the dense, strung out beats of opener “Woke Up Dreaming”, to the harsh techno rhythms of “Ass In The Air”, through to the slick, heady verses on “DATMYBU” and “All The Time”, to the corrosive undertones of “I Like Drank” and “Dis Shit Cold”, Turf Talk Vol. 1 takes its listeners deep into the sweaty basements and studios it was created in, intoxicating them on the smoke and sweat of the collective’s raw, unrestricted talent.