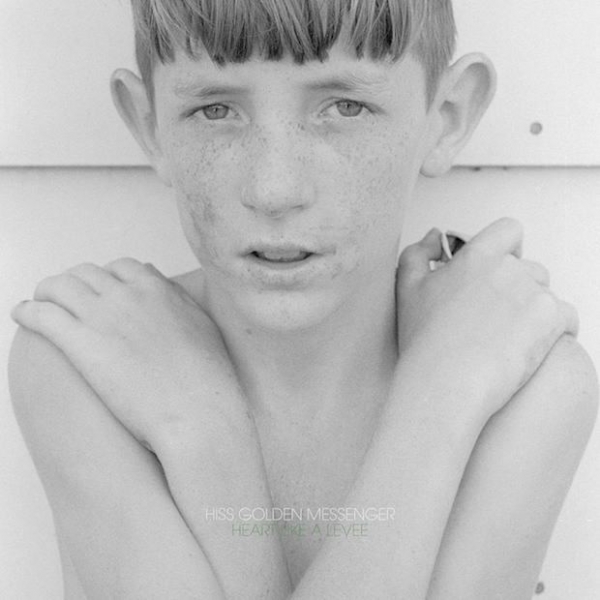 General consensus has it that the hardships of life on the road is far from the most compelling of subject matters for an album. MC Taylor - the North Carolina-based songwriter, singer and guitarist operating with a rotating cast of collaborators under the Hiss Golden Messenger guise - delivers compelling evidence to the contrary on Heart Like A Levee, by some distance HGM’s finest record so far. Which is saying something for an act whose previous accomplishments include Poor Moon (2011) and Haw (2013).

Don't venture here expecting tales of poor quality room service coffee and the horrors of being recognised by fans, however. Although there are mentions of motel rooms and town names whizz past like sights from the window of a speeding touring van, Taylor is much more interested in exploring the chasm between chasing the suddenly possible impossible dream - making a living out of music - and the increasingly frequent absences from home and family even the modest success HGM have gradually built up (huge as it in comparison to the indifferent shrug that met the fine work by Taylor's previous band The Court and Spark) entails. Taylor is hardly a heart on the sleeve, full disclosure type of confessional songwriter, but references to strained relationships, the painful necessity of leaving again and again, missing family life and serious doses of self-flagellation keep cropping up, with an undercurrent of an understanding of just how lucky Taylor is to be able to ruminate on the stresses of a somewhat successful musician after several years on the outer margins of the music industry.

Convention has it that songwriters tend to dry up as the road keeps calling. Taylor, however, is clearly on a creative roll; this is the first HGM album that doesn't flesh out tunes from 2009's stark solo set Bad Debt, whilst the deluxe edition comes with Vestapol, an acoustic bonus of further new material. Whereas previous HGM albums had a few peaks towering over the rest of the material ("Sufferer" off Haw, for example, or Poor Moon's "Call Him Daylight"), whilst 2014's Lateness of Dancers sounded like Taylor was nailing his country/folk/soul/rock hybrid sound at the expense of A-list material, Heart Like A Levee starts off strong and gets gradually better, stronger and deeper. Each consecutive listen adds to the initial impression that pretty much every tune is even more compelling than the one that precedes it.

The rich but uncluttered, warm and bright arrangements, perfectly handled by what has now become Taylor's go-to group of musicians (including former Megafaun member Phil Cook, whose recent solo album Southland Mission is required listening for any HGM fan), complement the material perfectly. Just when you thought the impossibly lovely "Happy Day (Sister My Sister)" - graced with the type of indelible melody that sounds like it's been circulating the cosmos for centuries, waiting for a songwriter on the correct wavelength to pluck it out of the ether - couldn't get any more moving, a plain, child-like electric piano melody catapults it to highest reaches of uncomplicated beauty. Whereas the upbeat moments of Lateness of Dancers sounded a bit forced (only to later bloom to full funkiness on stage), Heart Like A Levee is littered with meaty, throbbing grooves, most notably the humid, heat-hazed pair "Like A Mirror Loves a Hammer" and "As The Crow Flies", the latter slightly reminiscent of "Sheldon Churchyard" by Larry Jon Wilson, one of the ultimate cult heroes of the 70's Country-Funk movement that Taylor has a fair bit in common with.

Frequently, it seems as if the songs can't quite decide whether they're happy or sad, up or down. The country-rock bounce of opener "Biloxi" is deceptively upbeat; listen closer, and the song's exhortation for everybody to have a good time starts to sound like a burden, a promise the singer doesn't quite feel he's up to keeping. At the opposite end of the emotional spectrum, the title track's troubled ruminations on the weight of leaving your loved ones are delivered via gospel-hued backing vocals that give the potentially gloomy cut the kind of uplifting momentum that could move mountains.

Ultimately, the only possible problem with Heart Like A Levee is that some of the cuts fade out too soon; you'd wish that the taut groove of "Tell Her I'm Just Dancing" and the sparkling horn riff at the end of album closer "Highland Grace" - with strong echoes of Van Morrison's soulful 70's gems - were allowed as much time to bloom as the blaring saxophones - a nod to Pharaoh Sanders, perhaps? - that close the ominous "Aces of Cups Hung Low Band." Then again, that's a perfect excuse for another spin to this superb record that finds Hiss Golden Messenger inch ever close to claiming their rightful place amongst the ranks of the Great American Music that informs and inspires MC Taylor's songwriting and presentation.