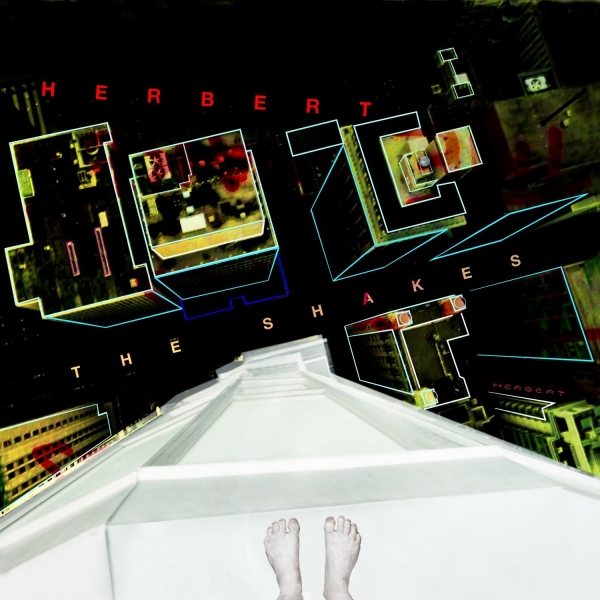 Matthew Herbert is a man of many talents. With a back-catalogue spanning two decades, ranging from minimalist house to disco-infused electronica, he’s shown himself to be an artist with range.

And that's not to mention the sound art. Herbert first found notoriety with his “found sound” projects, which include recording the life cycle of a pig – from birth to plate. Now the director of the BBC's Radiophonic Workshop, Herbert heads up a team of composers, including Mica Levi, in their very own laboratory of sonic weirdness. He's also composed his own opera, directed a play at the National Theatre, scored a film for the BFI, all within the last year or so. As you do.

Not content with all he has recently achieved, Herbert decided that this would be the ideal time to release The Shakes, his first “dance” album in almost a decade.

As you might expect from an artist as versatile and experimental as Herbert, this album is not exactly crammed with banging floor-fillers. In the run up the album's release, each track has been released as the soundtrack to a short film. These films include: a man waiting inside a saloon in a car park, someone peeling a lemon and a tortoise clambering, Godzilla-like, over an array of tiny, multi-coloured miniature cars. It's all highly conceptual.

This LP is a leap away from 2006's Scale. Whilst it has its reflective moments, Scale was decked out with the brass-section of a Golden Age Hollywood Musical; it had a sleek glamour to it. The Shakes, on the other hand, is a record with raw energy.

“Battle”, the album's opener, sets the scene for a momentous conflict, a “battle for it all”. This radical political spirit strongly informed Herbert's thought-process when creating the LP. The Shakes is, in part, a response to the UK's current political climate. In Herbert's own words, “who needs diversion when action is required?”

“Strong” is a protest song: “You will hunt the profit it in, we will put the value in it […] you will see the dollars in it, we will be the humans”, sings Ade Omotayo, over infectious hand-claps and humming. The whole track brims with rebellious intent.

The Shakes not all political grit, however. “Bed” is Herbert at his abstract best, using the monumental force of a church organ and the sheer force of Omotayo's vocals to weave a soundscape of epic proportions. Moments like “Middle” also cut through the political gravitas, with disco horns and alluring vocals, courtesy of Rahel Debebe-Dessalegne.

Despite its cerebral complexity and refined elegance, at the heart of this album lies rhythm. Herbert cut his teeth on minimalist house – he knows how the simplest of rhythms creates big reactions. He knows that rhythm makes you want to move.

This is why, despite all the unorthodox elements which Herbert throws into the mix - including the sound of protest marches and bullets - , this record deserves to be called a “dance album”. And it's what makes it a good one, too.