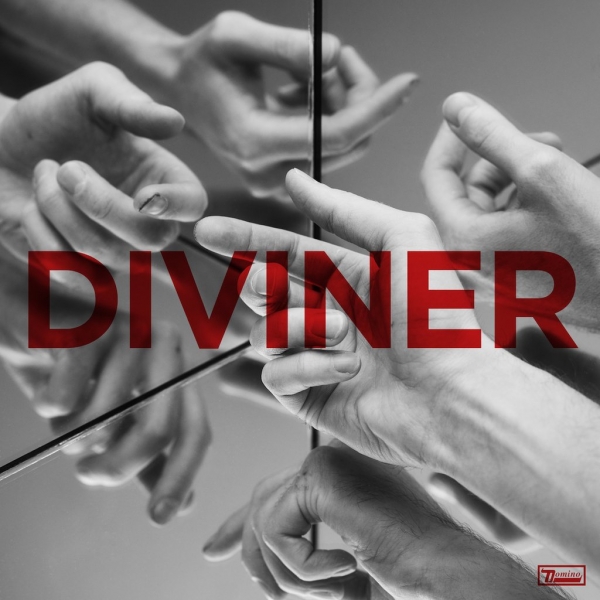 In 1978, Neil Young began to question his position in a music business he witnessed being destroyed and rebuilt by Devo, The Clash and The Sex Pistols.

He wrote “Hey Hey My My (Into the Black)”, and its acoustic counterpart “My My Hey Hey (Out of the Blue)”, partially out of frustration with how previously untouchable icons of the music world were being disrespected, and decades-old notions of how to ‘do’ rock ‘n’ roll were being ignored.

The songs contain the immortal words “it’s better to burn out than fade away”, a sentiment Young wanted to be interpreted as a reflection of how he thought the best rock music had to be about the “now” - in the process turning the ‘best’ rock ‘n’ rollers into representations of Icarus flying closer and closer to the sun.

Young, in many ways, was absolutely right – but with that comes the acknowledgment that the flame that burns twice as bright burns half as long.

So it was all rather inevitable, wasn’t it? Wild Beasts, one of the most exciting bands to ever emerge from these shores, were bound to push their creativity to breaking point. Thankfully, they managed five albums across eight years in a cornucopia of styles, all bound together by the tension between art and artifice. They were gloriously maximalist at the outset, before growing leaner and stronger with age. If there were five Wild Beasts fans in a room, chances are that they would probably all have a different favourite album.

Wild Beasts fulfilled the prophecy. They burned brightly but burnt out quickly, leaving us with the hideously sexy Boy King, having come all the way from the fey, buttoned-up baroque pop of Limbo, Panto. Their artistic progression is still staggering in hindsight, and will only continue to grow in stature over time.

Having survived the fire, Wild Beasts frontman – and focal point – Hayden Thorpe rises like a phoenix from the ashes. Diviner is his debut solo album, on Domino records – his band’s former home – and it represents a stylistic reset, a reboot of sorts. It couldn’t be further from a direct continuation of Boy King’s electro-shocked, horndog rock ‘n’ roll, and neither is it a return to his art-rocking roots. It’s something new, a heavenly kind of ambient rock shot through with sonic references to Kate Bush’s immersive sensuality, Brian Eno’s lateral intellectualism and the soft and smooth sounds of ‘90s adult contemporary pop peddled by the likes of Savage Garden. There are also moments on this thing that defy genre conventions completely, and jaw-dropping moments of sheer serenity. Thorpe’s voice, always the primary appeal of Wild Beasts, is tear-inducingly beautiful here.

The album opens with the title track, a sensuous, rich piano-led ballad that finds Thorpe dedicating himself to another, imploring them and begging them in a way that’s markedly different from how he has dedicated himself to lovers in previous songs. When he says “I’ll be your disciple”, he follows with “show yourself” - a pair of statements, lovingly uttered. It’s romantic, loving and filled with the self-awareness that comes with age. We have found a man, now stripped of the companionship his brothers-in-arms provided, alone with his loves and desires.

“Straight Lines” also features piano, but uses it not as a lead instrument, but for lush, jazz-inflected atmospherics, allowing Thorpe’s gorgeous voice to take centre stage. We find him asking how he’s supposed to live, “walking in straight lines”. There are smatterings of the plastic guitar sounds favoured by mid-’80s Peter Gabriel paired with pared-back, restrained percussion. “Earthly Needs” has a spine of dense electronics, from bubbling synthetic bass to howling Blade Runner lead lines. It has a widescreen, cinematic appeal that puts it amongst the most forward-thinking material Thorpe has ever released. As for the lyrics, “How does that word feel in your mouth? / Do you want to spit it out?” is a haunting couplet, one of the best on the album, delivered in Thorpe’s fragile, gossamer tones.

“Love Crimes” and “Anywhen” are two of the more uptempo tracks, and both highlight the vast gulf between Thorpe’s songwriting and modern ‘pop’ music. His songs don’t sound like anything else being released at the moment because his ideas are too otherworldly – these songs produce cerebral stimulation, but also a palpable rise in heart rate. These are chart smashes from another dimension – the songs most celebrated in a utopia where Kate Bush’s Aerial is the law.

“Stop Motion” is flawless, possibly the best thing he’s ever written. It’s stunning. Music can have an undefinable, celestial quality – and Thorpe knows this. He has previously shown appreciation for the likes of Max Richter, Darkside and Harold Budd, and this love of ambience makes his pop songwriting something truly special at moments like this. Again led by a simple piano melody, “Stop Motion” becomes a torch song, a heartbreaking ode to a lost love, cast in chrome and sent to explore the cosmos.

Instrumental “Spherical Time”, begun when he was just 16, is Thorpe’s love-letter to the works of Tim Hecker and Jon Hopkins. The album then ends with “Impossible Object”, a tear-jerking, star-gazing ballad that acts as both a conclusion and a summary of the album, encapsulating everything that Thorpe has demonstrated, all the greatness he has shown over the previous forty minutes.

Depending on your age, you will undoubtedly hear different things in Diviner. It’s possible to listen to the entire album and hear different things each time. It’s a collection of songs, yes, but a demonstration of excellence and restraint. Thorpe can do the big, cock-swinging rock anthems, and do them incredibly well. But here he shows that he is capable of producing beauty from the simplest of tools. His lyrics, excellent as they are in Wild Beasts mode, are truly stunning here – every track seems to be imbued with a sense of Thorpe’s angelic romanticism.

This is, as advertised by the record label, a “very special debut album indeed”. It’s evidently, demonstrably and obviously a flawless work of genius, and may just be one of the best albums this writer has heard this decade.