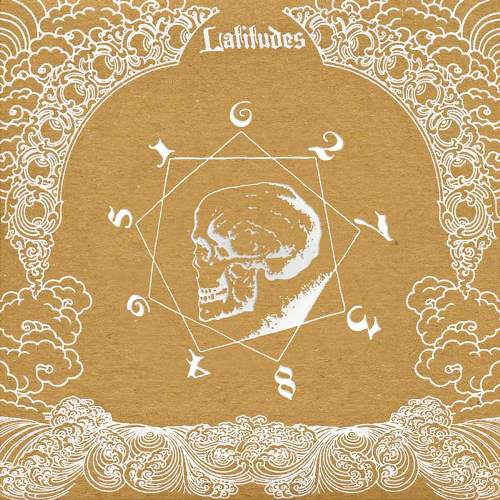 Don’t listen to this album alone. The same way you should never watch a scary movie/snuff film/documentary about haunted houses without the company of others. Or if you do, prepare to listen to all things mollifyingly happy and sunshine-filled in your record collection afterwards – the sonic equivalent of watching Spongebob Squarepants for an hour – in order to reconstitute the shards of splintered soul. Haxan Cloak do strive to be emotionally striking, but that emotion – being one rarely tapped by music outside the Exorcist soundtrack – is fear; their latest offering (or maybe “sacrifice”?), The Men Parted the Sea to Devour the Water, continuing down a dark and lonely path.

Haxan Cloak is the tormented brainchild of Bobby Krlic, who has admitted to fancying what can be most effectively referred to as “witch culture”, and with it all things occult and morbid. The word Haxan is actually derived from an old German word meaning “witch”. So with an overarching motif as such, you have to expect a whole lot of screaming virgins, frog’s blood, and wicker cottages from the corresponding music. And so does the prophecy fulfill itself, with great toil and trouble. But rather than resorting to camp, Krlic’s pieces are more inclined to trap dark spirits, than merely render some crude, Tim Burton-esque caricature.

Which gives his music a – let’s say – “nonfictional” quality, where, in this case, a proper melody, or orthodox musical structure might be termed “fictional”. Each song, instead, recreates a dreadful atmosphere with found sounds which work to place the listener somewhere he wishes to God he wasn’t. And when instruments do appear, they come too late, and seem to only add to the terrifying confusion.

The Men Parted the Sea to Devour the Water opens with a swirling ether of muddled harmonies, like the disembodied cries of some vague apparitions. While structure is avoided when at all possible, what’s evoked is something like Sigur Ros if they recorded an album at a Salem courthouse on Halloween night. The voices scatter, or rather are scared off, by a sudden brandishing of percussive clanking sounds, which rap and gong like a grandfather clock at the witching hour, until they explode into a Brian Eno-David Byrne texture parade.

At this point the album is almost half over, and so far the presentation has been one seamless, if slightly disjointed, operation. As the noises rattle on – and Thom Yorke-y scuffs, blips, and beeps add a futuristic dimension to an otherwise Wiccan set-up – on comes the sonic imagery: eerie spectral flourishes start to paint the insides of a haunted house. It is at this point you realise those clanking sounds are actually the sounds of invisible feet stomping up and down the stairs, doors and drawers opening and slamming shut, knives and forks dancing on their own: the supernatural unabashed.

At the 17-minute mark, we are given a change of scenery. More undefinable atmospherics, growlings, rumblings. This time, we are in the basement. But the soundscape soon morphs into a more curious, disarming sort of presence. As if it was finally apparent that the spectral beings in fact come in peace.

This album, at under 30 minutes, plays out incredibly cinematically, building up an excess of nervous tension, before scattering like a pile of ashes to the wind. But be warned: this film has a twist ending.

Haxen Cloak’s previous, eponymous album felt much more damning, and much more instrumentally-endowed – like an orchestra pit from Hell – with crawling string sections, deceivingly-innocent-like-some-evil-child glockenspiels, and what sounds like an unmanned circular saw. It played like a film score to horror movie, with macabre song titles to match (‘Raven’s Lament’, ‘Burning Torches of Despair’, ‘Parting Chant’ etc), whereas The Men Parted the Sea to Devour the Water - although much more restrained, and much more percussion-orientated – plays like the the movie itself, albeit, a short one. This album makes you ask: can fear and beauty coincide? But to find the answer, you have to walk that corridor for yourself.