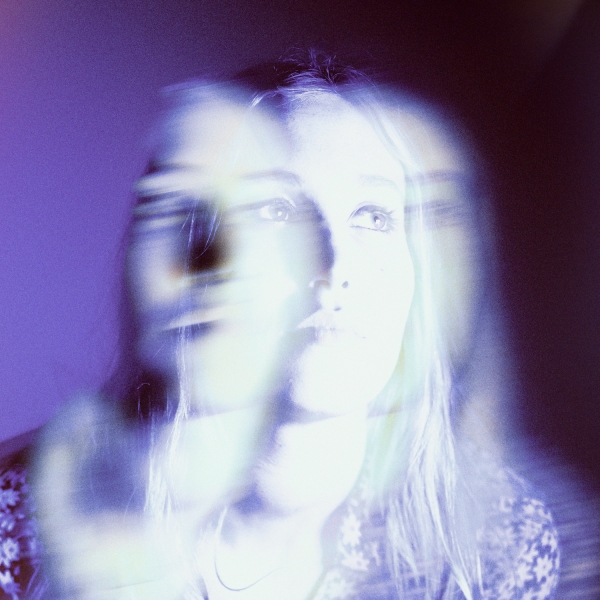 We view our private histories through a hazy lens.

Reflections of our younger selves grappling with life, winning and losing tiny daily battles. Everyone's past is unique unto themselves but invariably each contains within it some degree of happiness and heartbreak, hard lessons and bad decisions, and often a confidence we forgot we once had. This tunnel to past times is often accompanied by songs, though seldom those of our choosing; nights lost in bars or on dance floors drowning in the current tastes of the time. Hearing these songs can takes us back although more often than not they are not the ones we opt to revisit.

Hatchie makes exactly the type of music that, if we could choose, would be a fitting soundtrack to this nostalgic recollection of our youth. Keepsake, her debut album, revolves around a formative period in her life within which we can hear echoes of our own. It is not just in the message but in the music itself. A trance like ecstasy and optimism grips even the darkest of moments as if to rejoice in the fact that they are in the past and can be moved on from.

Hatchie’s debut EP Sugar & Spice was a robust statement of intent, glistening with washes of indie-pop. Keepsake goes one step beyond. Building on the energy and confidence of that first release we find the Australian flexing her songwriting prowess, carving channels into previously unchartered waters.

Hatchie has from the outset displayed a knowing ability to weave stealthy pop hooks into her sound. This unashamed embrace of big pop moments explodes on opener “Not That Kind” as the vacuum of ‘80s synths and star dusting of disco channels Kylie at her best. The sawing crush of “Without A Blush” pulsates with a rugged heartbeat reminiscent of Chvrches. As the chorus drops there is a palpable surge of strobe lights, throwing light into shaded corners.

As much as there is to love about the straight-up pop songs on Keepsake, it’s the contrast between them and the darker moments that will keep you coming back. The dazzling shoegaze of “Her Own Heart” leaves a lump in the throat as Hatchie sings with reassuring optimism “Stop giving it time / Time waits for none / It’s never too late / But don’t waste a day”. On “Obsessed”, one of the records highlights, a distorted strum of guitar is soon swallowed up in a swarm of synths as it shuffles from baggy Britpop to the jangle pop of Alvvays.

“Secret”, a song about talking to a friend about mental health, feels like just its title; a private, intimate memory. As the song gradually builds from a whisper to its euphoric closing minute it gives shape to the memory of the friends we all needed to lean on at some point.

Adopting a Smashing Pumpkins approach to overdubs the tracks here are layered into towering behemoths. That could be one of the reasons they evoke such a nostalgia. There is a depth and sense of time to the record that absorbs you and draws you closer, stilling time. Periods of reflection often accompany times in our life when something causes us to pause, even for the briefest of moments.

There is often no logic to the memories we collect, why we remember some things so vividly, or why seemingly new experiences remind us of our past. The same is true of music. Keepsake has an inexplicable familiarity even as it bursts with new ideas. It is a document capable of throwing us into our own pasts, the perfect score for the movies we make in our minds.