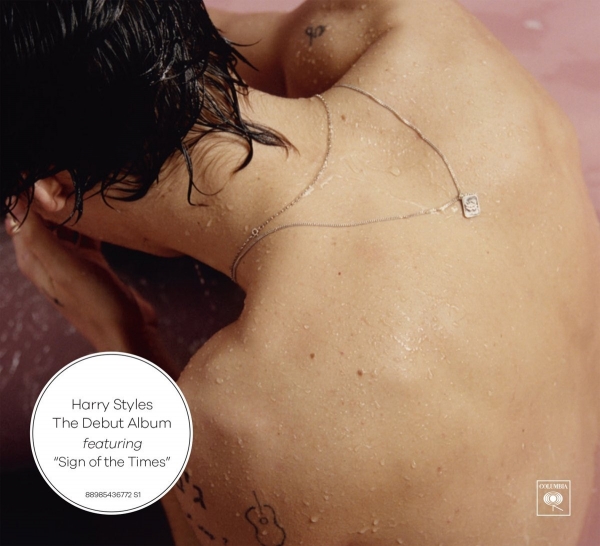 With its classic rock signifiers and self-titled earnestness, Harry Styles’ debut album has all the take-me-seriously tropes of the boyband member gone solo.

That's on the surface at least, and by those who haven’t listened to Made in the AM - One Direction’s last album before their hiatus in late 2015, where the precursory sonics of Harry Styles can easily be spotted. Rock critics will say – and have said – that Harry is shedding his heartthrob past, trying to be credible, hungry for acclaim from the same (male) journalists who can see through his well-worn act. But Harry Styles isn’t for them – Harry Styles is for women.

Women populate every song, walking in and out of hotel rooms and bars and tiptoeing down corridors with their heels in their hands. They’re sparsely drawn but with perfectly observed little details – the girl in “Kiwi” “goes home to her cactus / in a black dress / she’s such an actress”; in “Carolina”, she’s “got a book for every situation / gets into parties without invitations”. The whole record feels like the exploratory first stages of a relationship, full of romanticism. As much as women write fanfiction about Harry, it feels like Harry is writing fanfiction about women – or at least writing it for them. Each listener can pick a song, pick a girl, and fill herself into the blanks.

Both sonically and lyrically there’s an obvious parallel with The Rolling Stones, who, like One Direction, also like to name their songs after girls. The rock ‘n’ roll grease audibly drips from the steady groove of “Only Angel”, while Harry addresses the listener-as-subject-as-good-girl-gone-bad: “Couldn't take you home to mother in a skirt that short / But I think that’s what I like about it”. Like Mick and Keith with Susie Q, Angie, or Miss Amanda Jones back in the ‘60s, Harry is giving us the opportunity to be the gilded subject – intelligent, sexy, with only our good points highlighted.

It’s worth mentioning that Harry might understand what women want – and after testing it out in front of millions of them for seven years, it’s not surprising – but he doesn’t quite understand women yet. In “Two Ghosts”, the little details are there (red lips, blue eyes, white shirts) but there’s a remove – when Harry sings “I can’t touch what I see” it feels like he’s holding his subject at arm's length: the fourth wall of his performance hasn’t been broken yet.

Maybe when he becomes more at ease in his solo persona he’ll develop past the ideal of the good girl/bad girl binary – something like the pulled-back rotted beauty of The 1975’s “A Change of Heart” feels like a natural progression from straight-up idealising – but for now, this rose-tinted view of women serves its purpose: sometimes we want to be the sexual fantasy rather than live in our banal romantic reality. We all know the drill: We come home from another terrible date, annoyed that we’ve wasted our dry-clean-only sequin skirt on some asshole who didn’t even walk us to the taxi rank, so we put on a record and we’re transformed for four minutes: We play “Ever Since New York” and we’re transported from our room in a drafty shared flat to an airy apartment overlooking the Brooklyn Bridge, where a beautiful boy is pleading with us; “Must this hurt just before you go?”. In the daydream, we’re not fully-formed, but who is? Being a woman is difficult enough, and fantasising about being the girl in the song is easy and comforting. Boyband fanfiction is often interpreted as a safe way for teenage girls to test out their sexuality, so maybe the natural progression from this is grown women putting themselves into the narrative of Harry Styles as a safe way of testing out a relationship that we feel like we won’t ever be able to enjoy, between careers and postgraduate degrees and mental illness and worrying whether the girl we like likes us back.

Ultimately Harry Styles feels comfortable and readily worn-in. It’s a boy you always liked singing along to a Stevie Nicks record that you’ve had since you were 14. Lines like “Stop your crying it’ll be alright” in lead single “Sign of the Times” would be hollow platitudes sung by someone we didn’t already know and trust. Because Harry is singing them, it feels sincere – like he’s reaching for our hands as the world burns around us. Harry will soothe us and hold us when we’re feeling anxious or depressed or we’ve had a bad day at work, as much as he’ll coyly sext us – like he does in album closer “From the Dining Table” – “Woke up alone in this hotel room / Played with myself, where were you?” He’s General Audience-rated fanfic and Explicit-rated fanfic rolled into one: the ultimate fantasy boyfriend.

In a lot of ways, Harry Styles is the Magic Mike XXL of pop – something wholly focused on women’s pleasure that is dismissed by men as derivative and frivolous, like they know best about what women want or need. When One Direction went on hiatus, I remember seeing a tweet that described their concerts as “a safe space for thousands of girls”. In a world with so few spaces for women to be comfortable, and to live how they want, isn’t the cocoon of Harry Styles more important than real-life men, or what real-life men think of it?