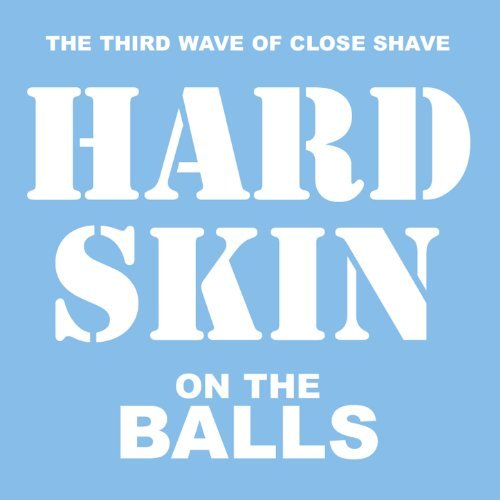 OI OI! Time for more tales of coppers, c*nts and council estates from Fat Bob, Johnny Takeaway and Nipper. Piledriving streetpunk classics with more hooks and mob chants than you can shake a copy of Shock Troops at. On The Balls, their latest collection of stirring classics, is as good as anything else they’ve done, if not better.

Menacing promises of vengeful violence (‘We’re Gonna Do Them’) sit side by side with rousing declarations of their own brilliance (‘Another Terrace Anthem’) and odes to the familiarity of their local area (‘The Gipsy Hill’). Like plonking guitars in the hands of the cast of The Football Factory, Hard Skin are raucous and deadly, and they totally rule.

“Hang on,” you may be thinking at the stage, “this sounds awful. They sound like thugs”. Weeeeell… yes, that’s sorta the point. But there’s a twist: emerging from the punk scene of the ’80s/’90s, Hard Skin’s members have never been less than left-wing gents, playing with characters for shits and giggles. Fat Bob (real name: Sean Forbes, whom you may know as Noisey’s ever-hilarious Record Store Dude) fronted anarcho-japesters Wat Tyler, while Takeaway (a.k.a. Ben Corrigan) sang with the infamous Thatcher On Acid. Their current outfit pays homage to the enjoyable aspects of oi! – instant three-chord hooks, boozey singalongs, shout-outs to the lads and a good laff – whilst lampooning its less savoury elements. The joke, of course, is on any idiot oblivious to the satire, although the tricky part is that playing with shitty politics can unfortunately attract their adherents (just ask Warren Ellis or Al Murray). But f*ck those guys, right? They’re idiots.

This time round, the ace up Hard Skin’s sleeve is to provide a companion record entitled Why Do Birds Suddenly Appear, in which the entirety of On The Balls is recreated with guest female vocalists. Perspectives duly switched, songs reveal themselves in different contexts: Council Estate’s doomed, wantaway narrator is trapped in the life into which he was born. Replace him with Marion and Roxanne from Veronica Falls, however, and their smooth enunciation seemingly twists his words into those of bourgeois snobs, disgusted by their perception of the working classes. Cunning. Other songs, meanwhile, simply sound great, like Manda Rin’s performance on ‘Crack On, Have A Booze’, while there’s no little joy in Debbie Smith’s wry contribution to the homophobe-baiting ‘Sausage Man’. Hard Skin may not be the biggest band in the world, but despite the rough exterior of their records, they’re very clever indeed, and these two records will play havoc with your liberal sensibilities whilst secretly agreeing with you all along. May as well just lend ‘em your voice.