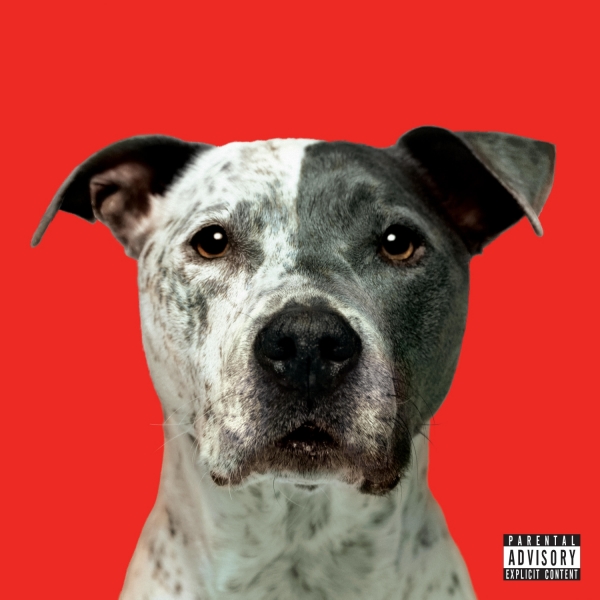 The adjective ‘saturnine’ is one of my absolute favourites – it means ‘gloomy’ or ‘melancholy’.

The reason I love it so much is that it perfectly encapsulates a lot of the music I enjoy, including my favourite album – Iggy Pop’s The Idiot. The relevance of this anecdote only really becomes clear when you’ve heard Hanni El Khatib’s new record, FLIGHT.

Like The Idiot, FLIGHT sees an artist play with their listeners, to tease and provoke them – but doing it in a way that’s endlessly charming, and frequently dazzling. FLIGHT is like a kid who constantly plays clever pranks or obnoxiously pulls of a trick on a skateboard they had no right to land.

FLIGHT is a saturnine album alright, filled with a nocturnal grot that reeks of sweat and is wet with condensation. It’s a greasy, humid album that essentially hits the ‘restart’ button on El Khatib’s career so far, while utterly and completely embodying everything he’s done so far.

Genres shift like colours in an oil slick – opener “CARRY” rumbles along on a creaking, sequenced rhythm while El Khatib howls in the background. Imagine if Suicide were tasked with writing a song for a sports video game (FIFA or something), and you’re close. Then you’ve got “GLASSY”, which is a completely misleading adjective to use as a title. Creepy, sketchy or wobbly would be more fitting, and the track’s whirling keyboards give it a seasick, woozy feel.

“ALIVE” is built from scraps of soul and funk that appear to have been salvaged from a junkyard. Where it should glide, it hisses. Where it should be rubbery, it’s brittle. Then you have “COLORS”, which is a slice of bratty glam rock (one of his go-to styles – check out that rolling riff at the end of “PEACE”).

Frequently, the sequencing forces incompatible tracks to bounce of each other – the looming industrial rock of “STRESSY” (El Khatib’s vocal is superb here) crashes against the sparse, hymnal trap banger “ROOM”, and it doesn’t quite stick. Minor gripes aside, the album is too strong to fall down on its sequencing.

The highlight of the album is hard to call, because there are so many candidates. “LEADER” probably seals it, with its Arabic flavours and yelping vocals. El Khatib’s voice on “LEADER” occupies the same area of bratty sexiness that Mick Jagger’s often slips into, and he’s never sounded better. “DETROIT” is a contender because it just sounds so filthy…

The weird thing about the record is that it grows immediately after every listen. Its effects have some kind of exponential growth in your head, where you can find yourself humming melodies that appear once or twice in one track. His songwriting is that infectious. His mastery of a wide variety of styles is impressive, but his ability to maintain a consistent quality across those styles is staggering.

Recommend this one to your friends.