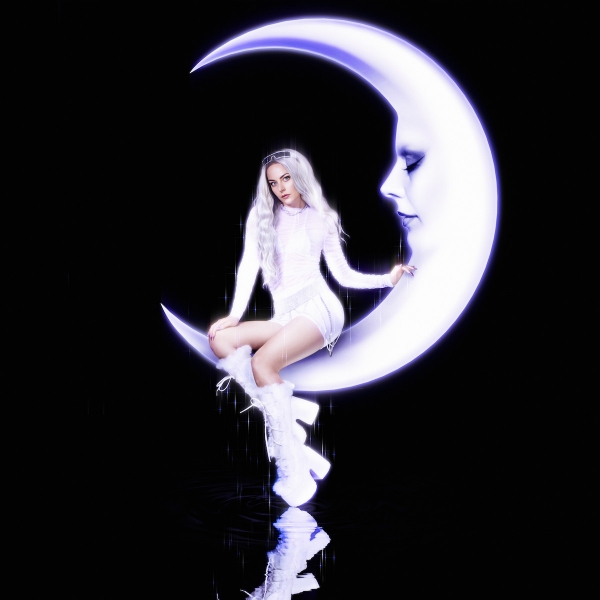 The concept of ‘pop’ has been at the heart of the music industry since its inception, yet the word itself often signifies two totally different meanings.

On the one hand, it refers to music that is commercially-oriented towards the taste of consumers: a disparate blend of styles and genres that anticipate, as well as reflect sales and streaming success. On the other hand, it refers to an inherent sonic solipsism; as a ‘genre’, it constantly seeks to innovate within the artistic parameters of the musician, however glitchy or experimental. In a world dominated by the mass proliferation and consumption of music, any song released today can arguably be defined as ‘pop music’.

Nonetheless, despite her label marketing her as “a new kind of popstar”, it would be unwise to totally place Hannah Diamond within either of the aforementioned categories. Reflections, her debut studio album, transcends the arbitrary nature of pop music as a format or genre. Outward ruminations on the digitalization of culture are conflated with the inner reflections of the artist in question; solipsism and mass-consumerism are thus critiqued and effectively dismantled. Its electronica-tinged production is as skittish as it is plush and smooth, another one of the many contrasts Diamond unites on this record.

The songs on Reflections are further testament to the singer’s commitment to futurism: “Invisible” is a synth-infused meditation on hyperreality and heartbreak; it sees the singer declare that she’ll “just be on her own” in the face of the world at large. Diamond’s glitchy, fragmented delivery on tracks such as “Never Again” recall Porter Robinson's off-kilter, apocalyptic electro-house, as well as the rich tapestry of Imogen Heap’s layered vocals. As a whole, the album rejects traditional song structures, though the final three tracks (“Shy”, “Fade Away” and “Make Believe”) are arguably the most melodic on the record. Such a duality implies the sheer range of Diamond’s artistry, so much so that it would be criminal to label her a “new kind of popstar”. Simply put, she is a new kind of star, an artistic voice that stands out in the tumult of the modern musical world.