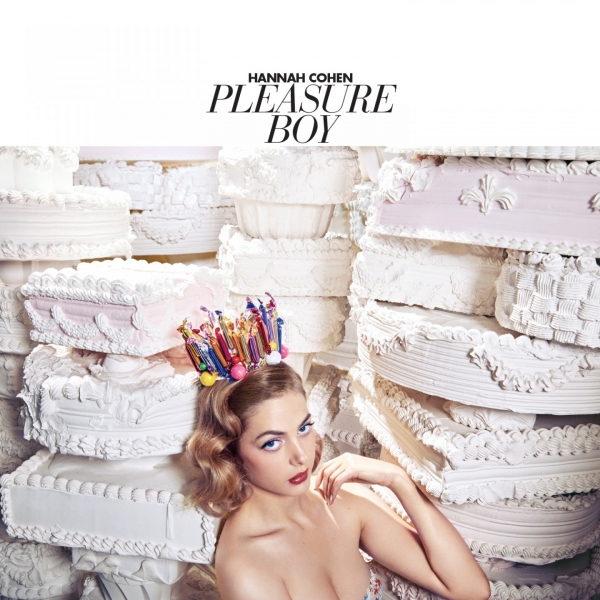 From the wry title down, Pleasure Boy is an emotional evocation of relationship fallout, a cut that scars through time and self. Sometimes contemplative, sometimes plaintive, the gentle strength of Cohen’s soulful vocals is striking; the swell and swoon are soft sirens of heartbreak.

On opener “Keepsake”, the bittersweet beats tenderise the tune as Cohen snags between a beloved and a betrayal: “Here’s a keepsake for you/My heart in pieces, in pieces and in two”. Setting the recurring themes aside, the insistent wall of sound heralds a shift away from the arching ache of Cohen’s strings-stitched debut. Where Child Bride was awash with acoustic sorrow, Pleasure Boy wraps Cohen in retro-soaked synth, beseeching and besieging in turn.

Working again with producer Thomas Bartlett – aka Doveman – Cohen creates a visceral search for solace. “Fake It” finds the choppiest waters, the song’s pummelled pulse underpinning a doomed resolution, while the primal approach is exemplified by the spooky jazz of restless meltdown “Queen of Ice”. Unsettled in its wake, “Take the Rest” is a reproachful cajole of melodic melancholy, a golden future receding to sepia past.

Pleasure Boy is intimate, dark and at times exquisitely sad, as on the bewitching “Watching You Fall”. Final track “Baby” sets this soothing sombreness against a meditative march home, harking back to Child Bride as if finding a familiar resting place.

It’s not the only touchstone to Cohen’s previous work. That Pleasure Boy takes its cues from her debut’s Doveman cover “Boy+Angel” – rather than, for example, the chummy strum of “California” – is as much a product of boldness as sadness. With tones and textures that both accentuate and alleviate the pain, these experimental tendencies energise rather than enervate; the artistic process plays redeemer too.

While some cast Cohen as a less mannered Lana Del Rey, there is no doubting the emotional investment here. These eight tracks will reward familiar fans but Cohen’s music is worthy of a much wider audience.