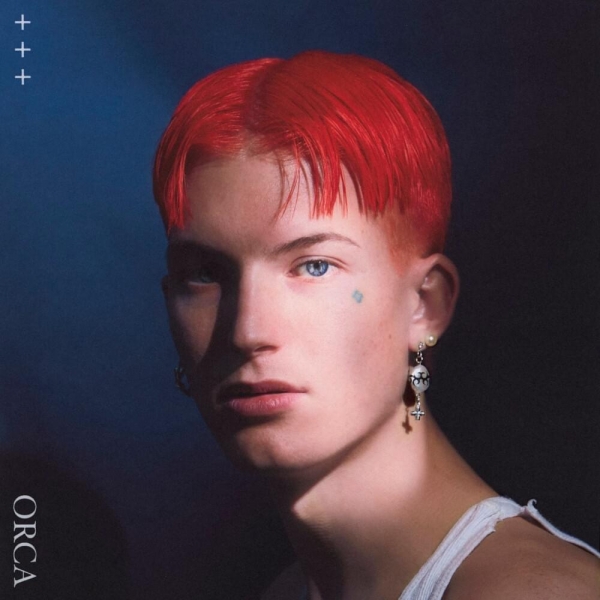 After the monumental success of Gus Dapperton’s feature on BENEE’s single “Supa Lonely” it feels more people than ever are anxiously awaiting new material from the famously independent singer, songwriter and producer.

Taking listeners in a new direction on his second full-length outing, Orca sees Gus Dapperton tackle strong themes of mental health struggles and finding acceptance in his most transparent and honest piece of work yet.

Opening with “Bottle Opener”, the boppy, upbeat and instantly infectious melody is strongly reminiscent of Dapperton’s debut album Where Polly People Go to Read with the chorus subtly soaked in backing layered vocals. The lyrics, however, are what give this album an instant edge to Dapperton’s previous works: “you never let them get to you / I always let them get to me / I don’t know if I’ll last until tomorrow / it’s such an arduous test to always bottle it up.” The melancholy hiding within the lyrics, along with its alluding title, “Bottle Opener” represents Dapperton finally removing the cork and letting it all spill out.

Whilst much of Dapperton’s music throughout his career has featured heavily layered vocals, in the case of Orca's backing vocals they can occasionally distract from the song, particularly on “First Aid” and “Grim”. Further, on the latter, perhaps one of the album’s weakest songs, the jarring guitar and dominanting female backing vocals take away from the songs essence, feeling especially out of place on the album sandwiched between “My Say So” and the smoother and more atmospheric “Antidote”.

The mid-album point duo of “Bluebird” and “Palm” is more reminiscent of Gus Dapperton’s previous output. The slightly disjointed but catchy melodies combine with the unique and occasionally hard to follow lyrics with the same signature mystique. Orca's greater transparency in his lyricism is what lends itself to being a more immersive experience. Combined with this, Orca also contains a track with a feature from artist Chela. Although the backing vocals can occasionally distract from the melody of the song, it’s comforting and refreshing to hear Dapperton allow more people into his music.

Closing with the aptly titled acoustic-pop ballad, “Swan Song” comes in as one of the most bittersweet songs on the album. The lyrics “I did that to myself / I’m not asking for help … I put me through hell”. Bookending with the opening promise of vulnerability ("Bottle Opener") and closing with a reflection all the emotions of the album, Dapperton, by inviting listeners so openly into his feelings and experiences is where Dapperton will find his footing for the next step up. It really is hard to predict just where Gus Dapperton will go after this.