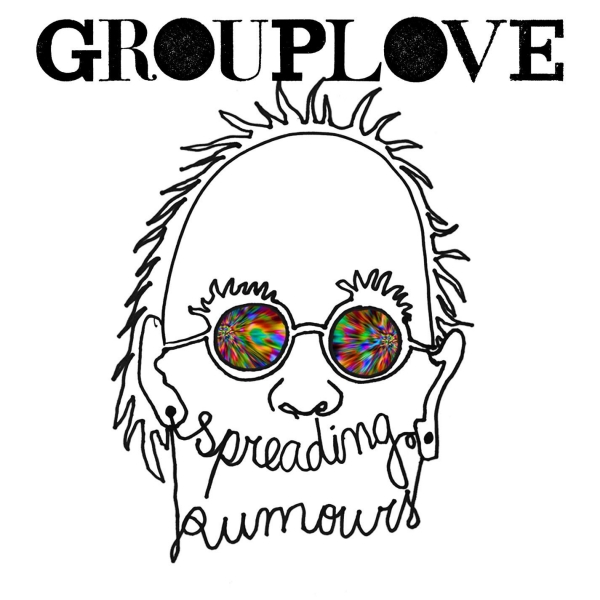 Indie-pop fanatics rejoice, LA hedonists Grouplove are back. With their first release since 2011′s debut, Never Trust A Happy Song, new record Spreading Rumours is set to similarly bother charts and infect the masses with a serious case of the boogies. Spawning hit singles like ‘Tongue Tied’ and ‘Colours’, the quirky five-piece obviously have a knack for kooky, jerky synthpop and the kind of hooks that ricochet inside your skull like a kangaroo on Red Bull. We saw on their premiere outing that they could chunder youthful anthems with smirking abandon; they presented a kind of maniacal, effervescent pop noise that tugged and lurched in every direction. Showcasing ‘Ways To Go’ at the height of summer, it appeared they were continuing in a similar direction.

‘Ways To Go’ itself is a glorious pleasure. “I didn’t ask for this/ you give me heart attack,” vocalist Christian Zucconi starts, “I didn’t want to care/ then I saw you there.” The words are basic, memorable and convey a teenage puppy-love; it’s a universal feeling they evoke. Bursts of synth and stoic percussion mingle – the verses are laconic, but as the chorus hits, all hell lets loose. Zucconi chants in tandem with second singer Hannah Hooper: “I got a little bit longer! I got a ways to go!” By the end of the track it’s an ingrained maxim; the cut itself stirs up so much glee that you’ll be left gasping, panting and laughing until your sides split. That video aside, it’s a corker. Did someone say song of the summer?

The rest of Spreading Rumours isn’t half bad either. ‘Shark Attack’ is an acoustic ditty with calypso embellishment. It’s facetious and syrupy like pop for kids, but there’s bite; “I am what I am: a natural disaster,” yells Zucconi hoarsely. It’s engorged with chronic delirious hooks and the hysterical ecstasy of a Belieber whiffing J-Biebz‘ pits. It’s a frantic slab of rock, eschewing the trademark electro bounce Grouplove tend to adore. ‘I’m With You’ features a neo-classical piano intro and huge ’80s funk; there’s their signature indie-pop chirp and mechanical house basslines. There are lots of good moments. There are also very, very familiar ones.

The quintet don their finest Pixies impression on ‘Raspberry’ – it’s deliciously derivative, and quite possibly the best thing Deal, Francis, Santiago and Lovering never released. ‘Hippy Hill’ is an amalgam of future R&B, nu-rave and indie-dance with more than just a touch of James Blake’s ‘Retrograde’ hook. ‘What I Know’ is heavy on the six-stringers; guitars and basses slide like pop-metal, and the conjoined vocal harmonies slacken and tauten the way Los Campesinos! do. Somehow merging Tribes and Crash Test Dummies‘ schtick into something intoxicating. There tend to be an array of moments that make you remember another band or song – it’s not a deliberate thing, just an observation that can distract from Grouplove’s own tones.

For their second full-length, Grouplove proffer a sharper collection of songs; the building blocks that shape the record are more polished, more refined, more slick – some are derivative, some are good – but there’s one standout effort that dwarfs the rest. ‘Ways To Go’ is so damn phenomenal, that in comparison, the rest of the record pales; without the track, perhaps the rest of the record would shine more, but with its inclusion, how could anything follow on? It’s a lethal double-edged sword. You’ll keep waiting for something just as magical, but it doesn’t appear. Spreading Rumours has enough charm to keep you busy, but not enough (bar ‘Ways To Go’) to keep you mesmerised in the long-term.