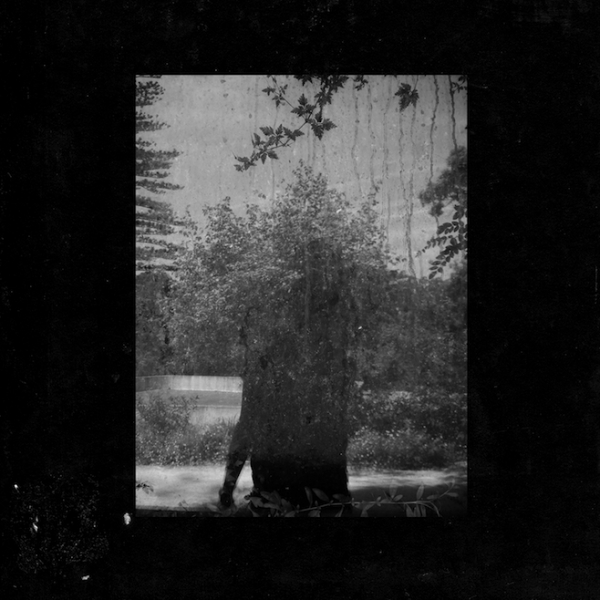 The bare facts of Ruins’ creation given to us by Harris in those notes are more relevant than most to understanding this record. It was written and recorded while she was living in the south of Portugal in 2011, using nothing but a four-track recorder, a piano, and Harris’ always-haunting voice. Aside from a few vocal overdubs, the songs are presented exactly as they were recorded - in a single take. That she has waited until now to release it increases its mystique: lyrically, it is already about a lost, damaged past; three years on from its inception, it also functions as a document of its own recording, of Harris’ sojourn to Europe’s western edge. The ultra-lo-fi recording gives an impression of something re-emerging from the past, a faded photograph of a half-forgotten time – somewhat like the image that adorns the album’s artwork. On Ruins, the past is continually reassessed through the spectrum of the present. On “Clearing”, Harris’ narrator pours over the remnants of a relationship, and tells an unknown audience: “maybe you were right when you said I’ve never been in love.”

The ambient hiss of Harris’ four-track envelops these songs, the background noises serendipitously captured add intriguing embellishments. Cicadas can be clearly heard on several tracks, and “Holofernes” and “Holding” seem to have been recorded during one of those glorious southern-European rainstorms,  providing a subtle and natural percussion all of its own. At the very end of “Labyrinth” the high-pitched electronic beep of a microwave oven is sounded. That Harris chose not to re-record the track or to remove the noise digitally demonstrates clearly the intention of this record: to faithfully capture a time of her life, as the cliche goes, “warts-and-all.”

Superficial similarities can be found with with other bare piano-and-voice albums – last year’s terrific Moonface album Julia with Blue Jeans On and PJ Harvey’s White Chalk being prominent examples – but the song structures are inherently Grouper’s. Even on her more accessible acoustic-based albums – including her best-known record to date, 2008’s Dragging a Dead Deer Up a Hill – Harris has relied heavily on drone, feedback and production techniques to shape her compositions around the central guitar and vocal lines. Here, shorn of all her trademark textural experimentation, relying solely on the raw power of the songs themselves, it might have been tempting for Harris to resort to more traditional, popular modes of songwriting. But there are no choruses here, building crescendos or even many changes in tempo. Instead, Harris remains wedded to the use of repetition and subtle variations on chord patterns to develop the tracks. Harris has often used a distinctive way of unexpectedly moving to a seventh chord to create a peculiarly soothing kind of dissonance, a method which is highlighted by the piano here; it is hard to imagine another popular musician creating the gorgeous, deceptively simple chord sequence that “Lighthouse” is formed out of.

Only “Made of Air”, the album’s 11-minute finale, bears any real similarity to Harris’ ambient-drone work, and was written and recorded a full decade ago now, seven years before the rest of the album. Another question we’re forced to ask: why include it here, with seven other songs composed together as a set, “a document,” Harris writes, of “that daily walk” she would take in Portugal? A flashback within a flashback, “Made of Air” takes us deeper into Grouper’s past, ends the album with a reminder of where Grouper has come from and where the act might yet still have to go.

Though there is nothing on Ruins as narcotically, dreamily seductive as the stunning “Heavy Water/I’d Rather Be Sleeping” from Dead Deer (when I first heard that track I used to play it on endless repeat as I drifted off at night, wondering if I’d ever be able to sleep again without it), the use of repetition and slowly developing compositions still make the album feel like it exists, as nearly all of Grouper’s work does, in that oneiric hinterland between dreaming and waking. Harris’ voice itself possesses an instantly disarming, soothing quality; the lyrical themes, when you can discern individual lyrics at all, give moments of the album the feel of a semi-lucid dream about happier times, a dream you’re not sure you want to wake from. On “Lighthouse”, Harris sings the line “in circles” over a slowly looping chord pattern, embodying those frustrated, endless thought sequences that develop nowhere but don’t stop repeating in your mind.

Our attraction to photographs of the dilapidated buildings of downtown Detroit is a totem to our fascination with entropic decay that affects all areas of our lives – it certainly has something in common with our fascination with stories, films and songs about the broken-hearted and doomed relationships. As Harris puts it on “Clearing”, it is a fascination with the simple fact that “what has been done can never be undone.” Ruins is something fresh in the Grouper catalogue in that, while Harris’ songs often sound like artefacts from another time, recalled through dream, this is the first occasion Harris has shown any interest in explicitly examining the ruins of her own past. It stands as both a fascinating new direction, and a heartbreaking memoir of a period now sinking into the past.