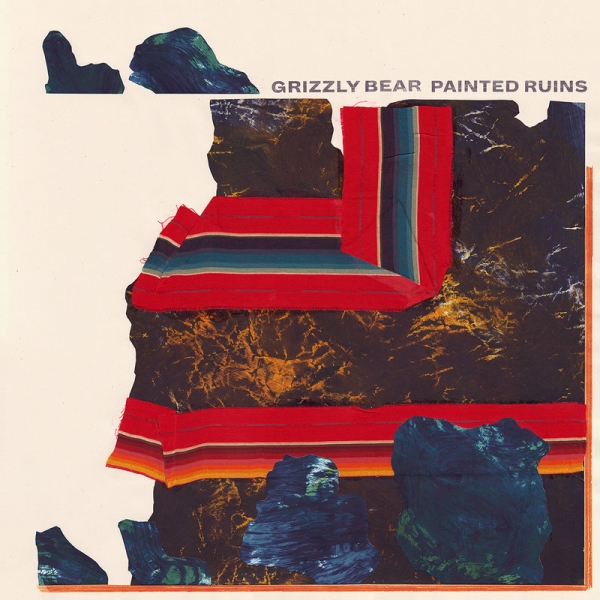 In the social media era, taking your own sweet time is completely underrated.

This has become a world where everyone greedily demands instantaneous responses to their concerns and questions, no matter how insignificant they are. People immediately develop fully formed opinions about complex issues and art that requires more than just a cursory thought and 140 inflammatory characters. Which is why the unhurried elegance of Grizzly Bear’s new album, Painted Ruins, arrives like a patient beacon of tranquility amidst the outrage and confusion of our modern times.

It’s been five years since the release of Grizzly Bear’s last record, Shields, and the cultural and political landscape of the United States and the world has been irrevocably changed. The problems that consumed us mere years/months/minutes ago may seem quaint by comparison to the cloud of terrorism, racism, and war that grows ever darker by the moment. But with their stately musical reemergence, Grizzly Bear brings a refined, majestic alternative to the blustery noise of the grim headlines and newsfeeds.

“It’s chaos, but it works,” sings Daniel Rossen on the glorious new single, “Four Cypresses.” The lyric provides a quick synopses of the time and effort that the quartet put into their new album, as well surmising the band’s fifteen year history that has seen them rise out of the celebrated Brooklyn music scene of the early 2000s to become one of the most beloved indie bands of the current era. But tastes and trends change rapidly these days, and a five year absence is an eternity to music fans raised on custom playlists, streaming, and shuffle-play. Fortunately, Grizzly Bear have returned with an inventive, sophisticated collection of songs that will captivate new fans and keep their longtime supporters swooning.

Rather than overtly addressing the issues confronting our society, there is a vulnerable insularity coursing through Painted Ruins, as if the subjects in these songs need to get their own heads right before openly dealing with the problems facing the world. The album is a studied examination of those rare moments that allow you to make some sense of your heavy thoughts and come to terms with where your life is at. On the serene closer, “Sky Took Hold,” the band addresses those doubts and fears directly: “Who am I beneath the surface / Hiding out so long inside my mind / Every day I stay blind to it / Habit comes and tears me open wide / All the time”

There is a deep sense of loss and personal discovery threaded through the tracks written by Ed Droste, whose marriage came to an end in 2014. “Three Rings” begins with pulsating, fractured percussion that is eerily reminiscent of Bon Iver’s “10 d E A T h b R E a s T,” before Droste delves into the painful sting of loneliness and the tender moments that linger in our memories long after our love has begun to fade. “You always make it alright / Is that the way it is? / Let’s get along again / Even though you moved around the bend.” The track lays bare the anguished hope of rekindling what is familiar but far gone, instead of facing the damaged person we become when left alone for too long.

“Neighbors” candidly describes a distressing meet up with a person from the past that only confirms they made the right choice by going their separate ways. “With every passing day / Our history fades away / And I’m not sure why / There’s nothing left to say.” There’s a wistful, anguished quality to many of these songs, but enough time and distance has passed that healing has started to occur, leaving a sense of hope lingering on the tattered fringes of despair.

While the music industry has changed and evolved since Shields, on Painted Ruins Grizzly Bear prove that there is still a space and a sound that only they can occupy. And even though the album's title suggests that coating the remnants and wreckage from a fallen empire with fresh new colors won’t hide the destruction felt from the fall, these stellar new songs show that there is still a way to turn that rubble into art as we try and rebuild what once was, and hopefully will be again.