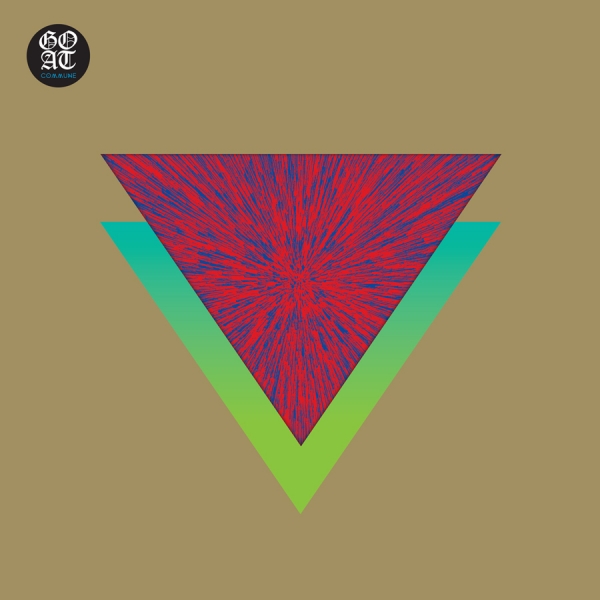 Goat’s Commune, the follow-up to their 2012 debut World Music, marks a welcome return from the Swedish band that somehow melds more influences than its lofty predecessor into one enormously satisfying record.

A lone chime patiently rings open Commune in “Talk To God” before any other elements are slowly and carefully introduced, one at a time. The steely twanging of acoustic guitars and jutting, eccentric drumming dance around high-pitched howling vocals, with Goat quickly establishing themselves as adept at vanilla songwriting before exploding into successful experimentation with various regional styles, tempos and instruments from just about every genre and continent. On Commune, this all-encompassing, inclusive approach becomes Goat's captivating calling card.

Although the body of each track is often uniform, it's rarely formulaic - and it's a feat that, as expressed on “The Light Within” or later on “Bondye”, Goat are able to launch themselves at high velocity, be that through British folk revival into full-on Afrobeat, or ending with a medley of sublimely hedonistic freak folk, really quite apart from how it all begins.

There are so many interweaving styles and influences at play they'd be, frankly, too laborious to list individually. But among them are love letters to tribal sounds, sampling that's reminiscent of cult horrors, sharp riffing from the 60's, heavier dirges from the 70's, muddy distortion and precise, classical-daubed chord play. Together, Goat manage to make it all sound their own.

What's intriguing about Commune is just how intrinsic this collective form is: the band make you wait until everything's properly aligned and in its place. And if there's anything frustrating about Commune, it's that - most songs are so strong on their own that when they draw to a close and the listener is put, briefly, into an unwelcome lull, it niggles because each track requires a certain amount of investment before the satisfying crescendos can begin again.

But this kind of pedantry about an album's pacing is testament to how little there is to fuss over, and by the time a sinister, creeping siren slowly muffles the fraught barbs of album closer “Gathering of Ancient Tribes”, giving way to the loosely familiar chime that welcomed you an hour ago, signalling the end, at just the right moment, of an experience that's exhilarating, frenetic and gratifying.