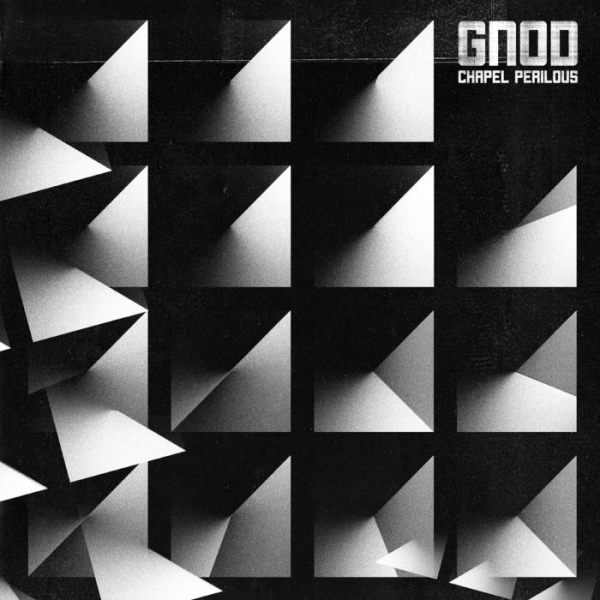 For those that have been following the band for some time, thinking about Gnod as a static concept is a genuine struggle. Members have dropped in and out, and their progression as a band has been that of constant evolution, mutating from one post-rock/hardcore record to the next.

The Salford act’s release last year, Just Say No The Psycho Right-Wing Capitalist Fascist Industrial Death Machine, was a genuine feat, highly charged with political fury, and is widely considered their magnum opus. Tracks such as ‘’Stick In The Wheel’’ are standout gems in the Gnod songbook, and the album as a whole was a real signal of their intent.

Chapel Perilous, the Salford quartet’s latest release, is a masterclass in going as direct and disturbing as possible over the course of only five tracks. The name itself comes from a book by Robert Anton Wilson, Cosmic Trigger, referring to a state where the supernatural and the real converge. This meeting of two separate states is clearly reflected in both the recording of the album, comprised during a series of sessions where the band felt free to perform as they wished and so pushed boundaries previously unexplored, as well its haunting outcome.

Whereas comparisons to the likes of Swans and fellow labelmates Hey Colossus are clear, post-rock pioneers such as Slint are just as key in the sound that Gnod curate. The opener and figurehead for the whole record, "Donovan’s Daughters’’, is a crushing fifteen minutes of repetitive chaos. Vocalist Paddy Shine is a demonic lead, drawing the band into an erosive, industrial series of refrains that amount to one of the most powerful post-rock tracks of recent years.

Bookended by the almost equally imposing "Uncle Frank Says Turn It Down’’ are three tracks that showcase this merging of the surreal and the very real in plain view. "Europa’’ and "A Body’’ overlay voice recordings on topics as familiar as the EU over industrial soundscapes, whereas "Voice From Nowhere’’ is a grainy six minutes anchored by this eerie drum performance. Foreboding and menacing, they showcase the band’s penchant for the demonic but also their undeniable craftsmanship.

Gnod’s residency at the Islington Mill and curation of the light installation "Tangent’’ is indicative of the way they are capable of manipulating an experience in fascinating ways, and this is just as true on Chapel Perilous. Masters of managing the surreal to create something immersive and meaningful, Gnod are on hand to help you let go at a time when it has rarely been more appealing.