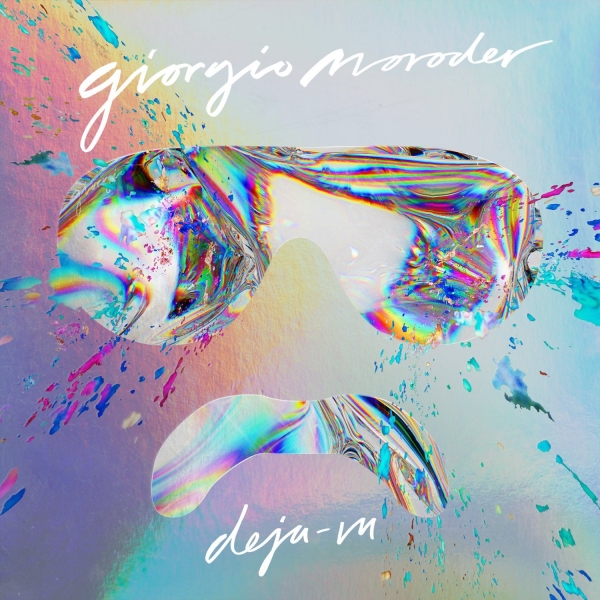 Although Pharrell’s career took a significant boost from the Daft Punk effect, and with Nile Rodgers’ new music as Chic still to come, it’s the electronic music titan Giorgio Moroder’s return from retirement that is filled with the most intrigue.

His first solo album of brand new material since the clinical future pop of 1979’s E=MC² (1985’s Innovisions was a hammy ‘80’s remake of some of his best tracks with additional ‘80’s drum pads), is a massive deal, but his first post Random Access Memories moves were into the world of commercial EDM. DJing alongside the likes of trance legend Tiësto, he’s also recorded with Avicci, with a side project with Skrillex and production on the next Lady Gaga album to come, there’s no mistaking that his return has placed him at the very top of commercial electronic music.

It became clear that his return to the studio was also a big deal, Déjà Vu features the heavyweights Sia, Kylie Minogue, Britney Spears, Foxes, Kelis, Charlie XCX, and some guy who once did something with Rihanna. What makes something look good on paper sound so underwhelming is that instead of channelling the acts more sympathetic to his legacy - the likes of Johnny Jewel, Grum, Jamie Jones, or Maceo Plex - he’s headed to the sounds of EDM pop, most evident on the opening track, “4 U With Love”, a dirgy big room trance track that sounds like it could soundtrack TV shows like Sun, Sea, and Suspicious Parents.

Of all the artists featured, the most natural feeling guest spot is, of course, Kylie Minogue on “Right Here, Right Now”, but even that is just a modern reboot of her 2001 single "Spinning Around". Kelis’ smoky turn on “Back And Forth” follows the same general formula of current pop music – offbeat bassline, meaningless lyrics, huge breakdown for that hands in the air moment, then back again - but there’s no notable Moroder involvement here. If you weren’t aware it was his album, you’d be forgiven for thinking it was a production by Zedd, or even worse, Axwell & Ingrosso.

The Foxes assisted “Wildstar” and the campy uplift of the Sia featuring title track are moments of note, despite them being a bit Eurovision, while “Diamonds” featuring Charlie XCX fizzes along in the albums only moment where everything really slots into place. But this is more to do with her ability to engage and knack for a killer chorus than anything to do with Moroder, and despite this little increase in quality, they’re all just retreads of Xenomania’s work on the final two Girls Aloud albums.

When Déjà Vu moves away from the gratingly shrill EDM riffs it’s toward the kind of earnest electronic pop that proves to be inexplicably popular right now. “Tempted” featuring Matthew (me neither) Koma, is the sound of clothes shops worldwide, and “Don’t Let Go”, featuring Mikky Ekko aims to reach the depths the likes of One Republic and Maroon Five excel in, the chorus of the latter is an overdose of schmaltz in the same vein as Wiz Khalifa’s “See You Again”.

The Britney hook up, which promised to be the pivotal point of the album, is a pointless cover of the dance mix of Suzanne Vegas’ “Tom’s Diner”, Spears’ vocodered lethargy probably emulating the level of excitement she was feeling when recording it. Scratch beneath all of this, you find “74 Is The New 24” and “La Disco”, two tracks produced alone by Moroder with no outside interference, it’s no coincidence that these are the best tracks on the album.

All of which begs the question, who is this album for? Fans of Moroder’s music don't want to hear him tapping into the most creatively bereft strand of electronic music around, whilst 16 year olds, the people who actually listen to this kind of stuff, certainly won't be interested in checking out the music of an artist over 60 years older than them.

Expecting Moroder to reach the heights of "I Feel Love" is, of course, futile, and yes, after a few repeated plays you may find the odd track or two that stand out from the rest, but there’s little you’ll love to love here.