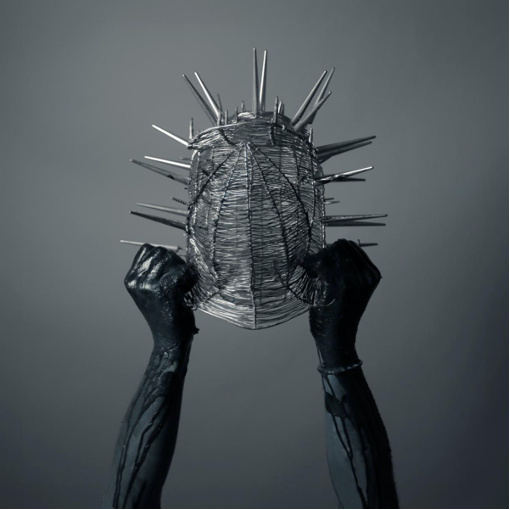 Lighting the fuse to his difficult past and riding the shockwave of the blast with a tenacious grip, Ghostemane’s latest album ANTI-ICON is a white-knuckle ride acknowledging personal struggles with addiction and a volatile father, whilst mercilessly kicking these unhealthy habits to the curb.

Impossible to pigeonhole into one genre, Ghostemane, aka Eric Whitney, has crafted a sound that ricochets between industrial, hardcore, acoustic, southern “phonk” rap, and experimental at breakneck speed on his latest offering.

“I fucked around and put a pipe bomb in your radio” seethes Whitney during “AI” and he’s not wrong. From the claustrophobic, murky opening instrumental “Destitute” to the melancholy acoustics on final track “Falling Down”, ANTI-ICON sees the artist dissect his headspace via guttural screams, whirlwind raps verses and gravelly vocals to provide listeners with a powerful emotional exorcism. “None of your favorite rappers ever tell the truth” he bluntly states, using thirteen tracks to antagonize what it means to do so.

There’s rage and apathy aplenty on ANTI-ICON, but Whitney makes space for raw sensitivity too. While the samples of retching on “ASMR” (Anti-Social Masochistic Rage), the visceral screech of “I don’t love you anymore!” on “Hydrochloride” and the cord-ripping screams on “Calamity” all serve as aural uppercuts, they’re punctuated by moments of introspection. Whitney’s burned out intonation on “Fed Up” and his rhetorical “I deserve to be happy now, don’t you think?” on the aptly named “Melancholic” reveal a potent desire to unshackle himself from the damaging restraints of his past. Pensive instrumental “The Winds Of Change” which appears mid-way through the record seems to epitomize this too.

On “Vagabond”, Whitney crams an intense mix of warped beats, thrashing guitars, cord-ripping screams and machine-gun-style rap verses into two minutes, splitting himself across each part of the track with impressive flair. The manic “Lazaretto” follows, sharing its title with a type of isolation hospital for people with infectious diseases. Ghostemane rips this clinical association away with his abrasive whispers, pulverizing percussion and razor-sharp riffs, making it one of the most cathartic tracks on the record.

An extraordinary vessel for catharsis, Ghostemane’s ANTI-ICON is a feverish collection of voices pitted against a genre-blending backdrop of visceral noise. Taking heavy music to a whole new level is something only an anti-icon could do, and Ghostemane’s firecracker of a new record achieves just that.